Following the torching of the statue of Qassem Soleimani, the eliminated commander of the terrorist Quds Force in Shahrekord on January 5, and simultaneous with his death anniversary ceremonies, the Resistance units in Tehran and many other cities including, Isfahan, Hamedan, Zabol, and Kianshahr, torched his large banners. The passers-by welcomed these activities, which took place in a tightened security environment.

Qassem Soleimani played a significant role in the massacre of the people of Iran and the region, especially in Iraq and Syria. He also supervised and commanded various terrorist operations against the Mujahedin-e Khalq (MEK) in camps Ashraf and Liberty by regime’s terrorist proxies in Iraq, including the massacre of 52 MEK members in Camp Ashraf on September 1, 2013. In recent days, people in various cities in Iraq and Gaza have set fire to placards and banners of Soleimani, reflecting their hatred for the clerical regime and its leaders.

Secretariat of the National Council of Resistance of Iran (NCRI)
January 12, 2022 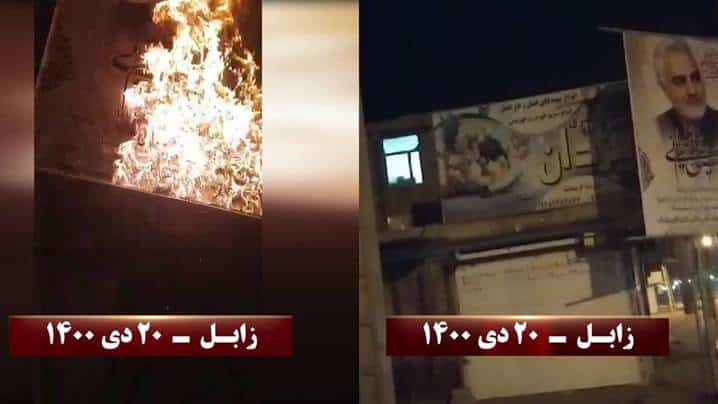 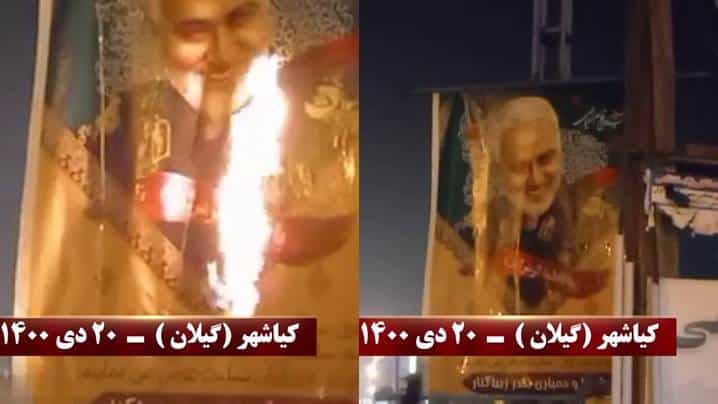 Previous articleEU Lost a Capable Leader, Italy a Renowned Politician, and Iran a Great Friend
Next articleIran: What to Make of Khamenei’s Speech in Qom