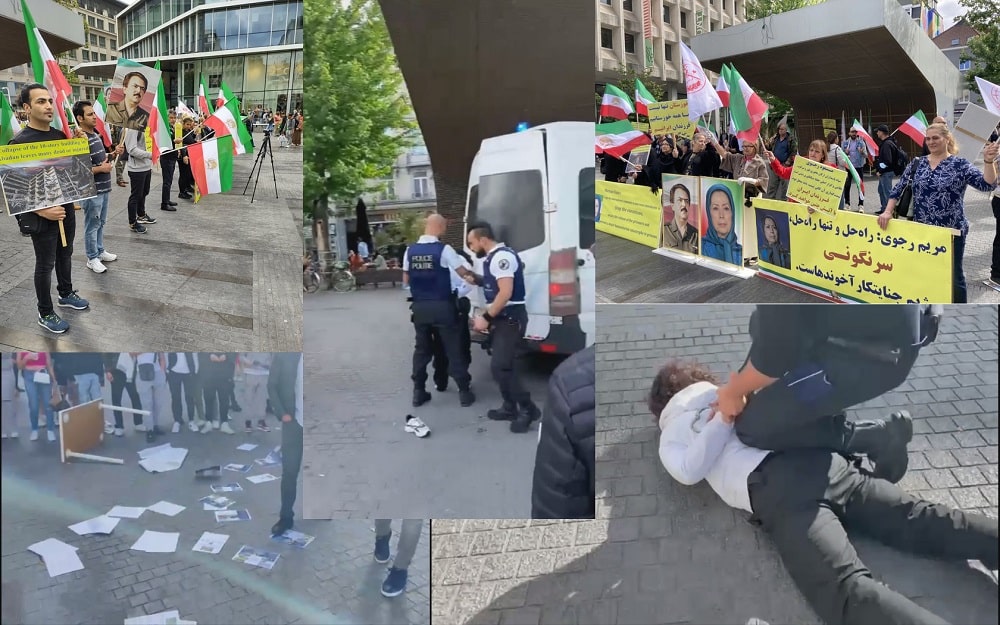 In a desperate reaction to the solidarity protests in various cities of Iran in support of Abadan’s uprising, the ruling dictatorship sent its agents and functionaries to disrupt the Mujahedin-e Khalq (MEK/PMOI) supporters’ rally in Brussels in support of Abadan’s uprising. The frantic act was also prompted by the regime’s anger and concerns about the consequences of the conviction of Assadollah Assadi, its diplomat-terrorist, arrested and convicted by a Belgian court for attempting to bomb the opposition’s grand gathering in Paris in 2018.

The agents’ attack on MEK supporters rally in Brussels is the flipside of the attempt to bomb the Iranian Resistance Annual gathering in 2018 by a regime diplomat-terrorist and his three accomplices holding Belgian passports.

The Iranian Resistance again demands the arrest, trial, and revocation of the passports of the regime’s agents, the Quds Force and Intelligence Ministry’s mercenaries, their expulsion from European countries, and the prevention of such agents from entering European soil. This is a necessary move to counter the clerical regime’s unbridled terrorism and ensure the security of Iranian refugees and asylum seekers.

Previous articleIran News in Brief – May 29, 2022
Next articleCognition, Recognition and Change