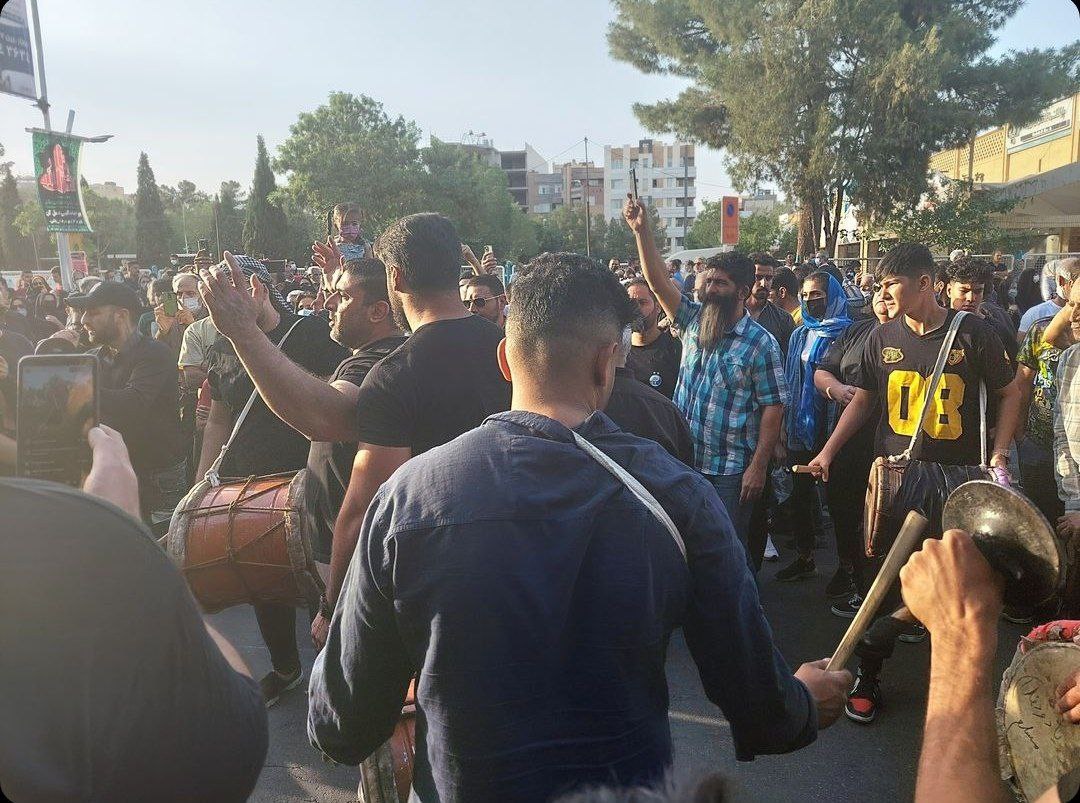 Iranians and supporters of the Iranian Resistance held rallies in Amsterdam, Hanover, Hamburg, Toronto, and Vancouver on May 27 and 28, expressing their support for the uprising back home in Abadan and the other cities, while condemning the crimes of the Iranian regime. 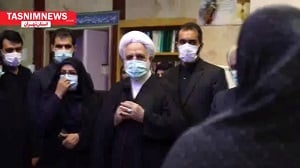 According to reports from inside Iran, following the visit of the Iranian regime’s Chief Justice Gholam Hossein Mohseni Ejei to the all-female Qarchak prison, many political prisoners refused to meet with him and turned this staged show into an embarrassment for the Chief Justice.

On Friday, May 27, responding to a statement from the head of the Qarchak prison who referred to Mohseni Ejei as a guest, the prisoners shouted: “We do not want a criminal as a guest!” and then they started singing a defiant popular song that goes about ‘burning the cage and liberating the bird’.

When prison guards tried to deter the prisoners, the brave prisoners reportedly shouted back: “Get out of here ASAP! You are intruding! You criminals, you have launched a killing machine! Why did you execute Laden Mollah-Saeedi?”

Prisoners also chanted “Death to Khamenei” during their protests. Following the incident, the regime’s Chief Justice and those accompanying him have reportedly left the ward rapidly. Ordinary prisoners then joined the political prisoners, protesting against prison officials, and complaining that nothing had been done for the prisoners.

On May 27, the state-run Tasnim news agency quoted the Chief Justice as saying: “Those criminals who have been sentenced to prison for the umpteenth time or those who do not behave properly in the penitentiary are tying the hands of the authorities to include their names on the list to be pardoned or released.”

In an interview with IRIB News on May 28, Kamran Abdoli, deputy director of Fire Protection and Prevention of the regime’s Fire Department said: “We identify any unsafe building in the city in different ways because our stations are scattered throughout the city. Currently, we have identified 33,221 critical buildings in Tehran. Unfortunately, 947 of them are towers that are over 12 floors, and you may have heard in the news. We have said many times that we have 129 critical buildings that need to be taken care of right now.”

Responding to the TV host, Abdoli emphasized that most of these buildings are hospitals and medical centers. He also made clear that after the Plasco Building incident in 2017, his department inspected many buildings and informed the relevant officials.

Pushed by the host to mention a few names of these high-risk buildings, he said he can’t give names as the Judiciary has forbidden any exposure since 2017. 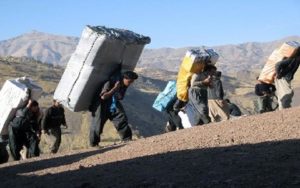 According to local sources, on May 28, a ‘kulbar’ (poor people who carry heavy loads over the border for a living) was killed by security forces in the border areas of Baneh in Kurdistan province. The victim was identified as Ako Rasouli, 25 years young, son of Rahim and a native of Baneh. Reports suggest that the body of this young man was taken to Salahuddin Ayoubi Hospital in Baneh and has not been handed over to his family yet.

At the same time, another kulbar named Javad Babakhani from Ghori Qaleh village of Ravansar city was wounded in the leg and back by falling from a height while he was being chased by the border regiment on the Nosud border.

MP: The Officials’ Offspring Should Go to Russia and China Instead of the United States 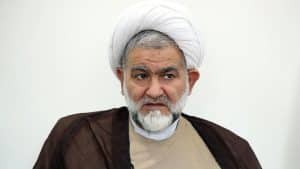 A member of the Iranian regime’s parliament Hassan Nowrouzi said today: “The living of about 4,000 children of our officials in foreign countries is a fact. Since the beginning of the revolution, a large part of them have been abroad, and we believe that they are currently living over there. The children of officials should not be living in hostile countries, as they will naturally be abused and this is not right. Therefore, we have always said that such a presence abroad will be nothing but losses for the Islamic Revolution.”

Nowrouzi added: “Indeed, there are other countries such as Russia, China or India that are not hostile to us and there is no problem for the children of officials to go to those countries and study, but the presence of our children in countries that were involved in world wars and have been hostile to Iran is dangerous.” 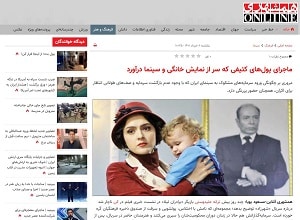 In an article that was published today, the state-run Hamshahri Online exposed some of the regime’s filthy business and money laundering in the state-funded film industry as well as the public disgust and distrust towards it.

“Some of the products of Iranian cinema are produced by government and governmental institutions such as Farabi, Hozeh Honari, and the Oj Organization,” Hamshahri wrote. “In such films, the return on investment usually doesn’t matter much to the filmmakers.”

The website added: “The producers usually make their profit at the same stage of production and don’t care about the movie at the release stage. The investor also achieves his goal of spending dubious money on cultural activities, and usually, in such cases, a small portion of the capital, which is either the product of a dubious economic activity or borrowed from a bank, is used to produce a movie or home theater series. All stakeholders get paid. The producer makes a profit and the investor launders the money. Everyone is satisfied except the audience, which does not welcome results that are produced without considering their wishes and interests.” 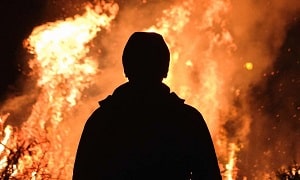 Today, a citizen from Bam city in the southeastern Kerman province set himself on fire in the room of the local director of the Industry, Mining, and Trade Ministry. The man was taken to hospital by police and emergency services and was admitted with 45% burns. The official and two other employees were also injured during the incident.

Alireza Poshtiban, head of the Industry, Mining and Trade Department of Bam city told the official news agency IRNA, that the person who committed self-immolation was involved in a legal case and when he was told he has to go to the Punishment Office, he threatened to set himself on fire.

“An hour later, he came back to my office with thinner in his hand and poured it on himself and me,” the official claimed. “I grabbed the person to take the lighter out of his hand, but because of his superior physical strength, he suddenly hit the lighter, and fire caught him, me and one of my colleagues, and part of the office also burned.”

The official who solely laid the blame on the victim did not elaborate on what his office had to do with the incident. People in several cities across the provinces of Khuzestan, Hormozgan, and Isfahan took to the streets on Friday for the third night, holding protests in solidarity with the people of Abadan following Monday’s collapse of the city’s ten-story Metropol tower. 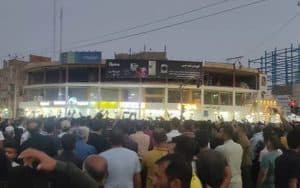 On Saturday, May 28, 2022, citizens took to the streets in Abadan for the fourth consecutive night, showing solidarity with the grieving families of the victims of the collapsed Metropol twin towers and venting their anger over the regime’s 43 years of misery, crimes, mismanagement, and massacres.

State media have reported 29 dead, 37 injured, and dozens are still trapped under the rubble. However, locals say the actual number of casualties is much higher.

“There were between 80 to 120 people; the official death toll is false because the Khuzestan governor ordered health officials to keep the death toll secret,” a citizen said. 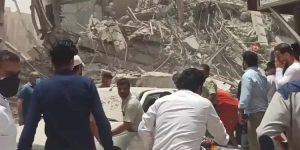 A large section of the 10-story Metropol building that was under construction in the city of Abadan, Khuzestan province, crashed to the ground on Monday, May 23, leaving dozens killed, injured, or missing.

The death toll from the Metropol building collapse rose to 28 on Saturday, according to the state media, making it the country’s deadliest such disaster in years. Reports also indicate more than 30 vehicles have been buried under the massive rubble.

Social Catastrophe in Iran – 5,000 Babies Left in the Streets in 10 Days 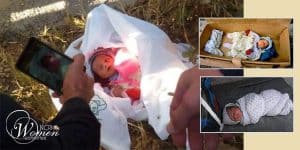 Some 5,000 babies left on the streets across the country in the past ten days signal a social catastrophe in Iran. Mohammad Reza Mahboubfar, an expert and researcher in development planning and social harms, revealed the shocking statistics on thousands of abandoned babies in an interview with state media. (The state-run Ruydad24.com, May 28, 2022)

Groups of people in the cities of Tehran, Shahr-e Rey, Andimeshk, Behbahan, Qom, Minoo Island, and Susangerd took to the streets on Saturday night, May 28, in mourning ceremonies and anti-regime protests following the May 23 collapse of the 10-story Metropol tower in the city of Abadan, southwest Iran. State media are reporting 29 dead, 37 dead, and dozens still feared to be under the rubble.

May 28, 2022, Amsterdam: Freedom-loving Iranians, MEK Supporters Rally in Solidarity With Protesters in Abadan and Other Iranian Cities

May 28, 2022, Amsterdam, The Netherlands: Freedom-loving Iranians, supporters of the People’s Mojahedin Organization of Iran (PMOI/MEK) demonstrated in support of the Iran protests and in solidarity with protesters in Abadan and other Iranian cities.

Previous articleWith Clenched Fists Towards the Regime’s Embassy in London, Iranians Cry To Support Their Compatriots in Abadan
Next articleIranian Agents Attack Peaceful Protestors, This Time in Brussels