Mrs. Rajavi welcomed the closure of Canadian Embassy in Tehran and expulsion of Iranian diplomats in Canada 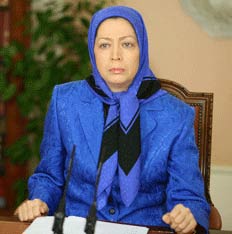 Mrs. Maryam Rajavi, the President-elect of the Iranian Resistance welcomed the courageous act of Canada’s Foreign Affairs Minister John Baird in closing the Canadian Embassy in Iran and expelling from Canada all the diplomats of the religious fascism ruling Iran.

She added that diplomatic and economic relations with this regime are against the interests of the Iranian people and peace and stability in the region and the world. Mrs. Rajavi urged other countries, in particular the European and Middle East countries to follow Canada’s initiative and sever all their relations with this regime; in this way, they would not assist the Iranian regime in suppression, terrorism, and obtaining nuclear weapons.
The Iranian regime, the “central banker of terror,” has exploited its diplomatic relations with other countries, in particular with industrialized countries, to justify suppression, crime, acquiring advanced technology, in particular nuclear technology, and exporting terrorism. These are the three main pillars of the mullahs in continuing their despicable rule.
Mrs. Rajavi stated that severing relations with the religious dictatorship ruling Iran and standing by the Iranian people and recognizing their efforts to change this medieval regime are the only way to rid the world of a terrorist and fundamentalist regime that seeks to be equipped with nuclear weapons.

Secretariat of the National Council of Resistance of Iran
September 7, 2012