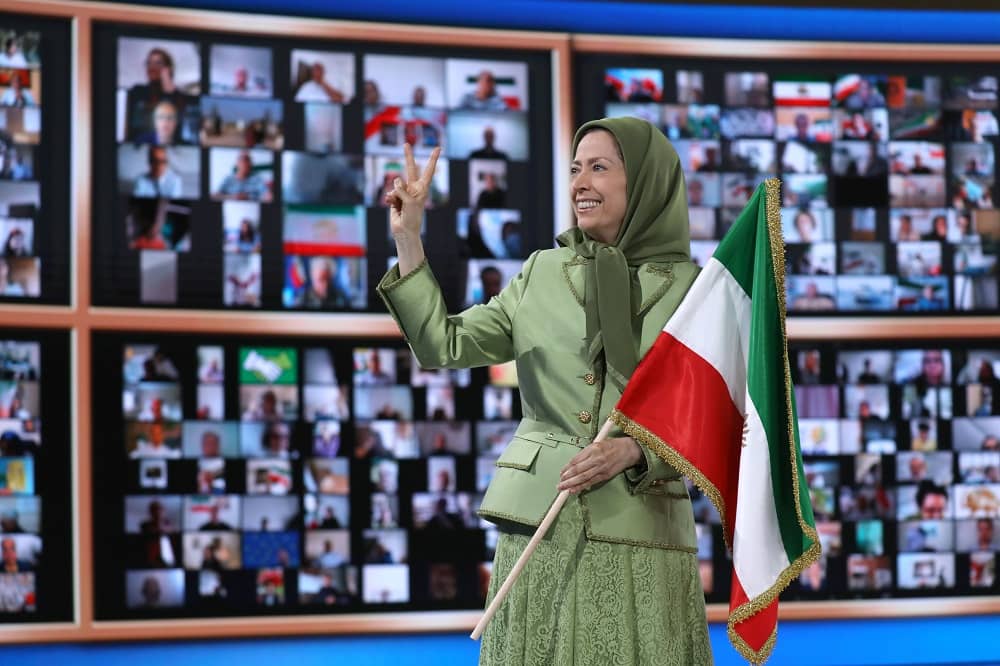 Online summit of Iranians from 50,000 locations in 105 countries, including gatherings in 17 countries

On Saturday, July 10, 2021, the three-day Free Iran World Summit-2021 commenced with the participation of Iranians and supporters of the resistance from more than 50,000 locations in 105 countries and the presence of thousands of members of the Mujahedin-e Khalq (MEK/PMOI) at Ashraf 3 in Albania. From Sydney to Hawaii, participants gathered online with a 20-hour time difference.

In her speech on the first day of the Summit, Mrs. Maryam Rajavi, the President-elect of the National Council of Resistance of Iran (NCRI), said that [Khamenei’s] installing of Ebrahim Raisi, one of the perpetrators of the 1988 massacre of 30,000 political prisoners, marked the greatest defeat and disgrace in the clerical regime’s history. It was a hasty move towards purging and eliminating internal factions on the path to solidify power in the final phase of his rule. Only the regime’s fear of the uprisings and the supreme leader’s political demise can explain Raisi’s ascension, the henchman of the 1988 massacre.

Mrs. Rajavi added, our will and that of our people can be summed up in these three words: freedom, democracy, and equality. As far as the international community is concerned, we ask it to recognize the struggle of the Iranian people to overthrow this regime and recognize these three concepts. We want to bring to justice the mullahs’ supreme leader, Ali Khamenei, his president, Ebrahim Raisi, his Judiciary Chief Gholam-Hossein Mohseni Eje’i, and others responsible for the 1988 massacre on charges of committing crimes against humanity and genocide. We urge the UN Security Council to arrange for the international prosecution of Raisi and hold him accountable for crimes against humanity and prevent his presence at the next session of the UN General Assembly. The mullahs’ regime will never give up acquiring nuclear weapons, export of terrorism, and warmongering in the region. Therefore, as the main threat to peace and security, it must be subjected to international sanctions under Chapter Seven of the UN Charter.

The NCRI President-elect noted that the clerical regime is in a deadlock: A henchman heads the Executive Branch; an executioner and a notorious torturer named Eje’i heads the Judiciary Branch, and a bloodthirsty mullah is at the helm of the entire regime. Indeed, the squad of cannibals is now complete. The combination speaks for itself and hardly requires any other proof to indicate that the regime is in its final phase. Therefore, in the new era, the hostility and enmity between the Iranian regime and society will intensify more than ever before, just as the deposed Shah resorted to declaring martial law and appointing the military General Gholamreza Az’hari as Prime Minister but ended up with an outcome contrary to his expectations.

Mrs. Rajavi underscored: Our asset is the rebellion and revolt of the army of youths who took to the streets in November 2019. And our power comes from a nationwide network of Resistance Units who have been working all days of the year ceaselessly, and in the year 2020, they doubled the number of their activities and operations compared to the previous year to break the spell of repression.

She added: The Iranian Resistance defends with a clear plan the right to autonomy for all oppressed ethnic minorities within the framework of Iran’s unity and territorial integrity, and holds up the banner of just relations based on respect for independence, national sovereignty, and mutual interests with its neighbors and the world.

Simultaneous with the Summit, thousands of Iranians rallied in Berlin’s Brandenburg Gate, and in 16 other capitals and cities, including Paris, Washington, London, Amsterdam, Stockholm, Oslo, Vienna, Rome, and Geneva. The rallies connected live with the Summit.