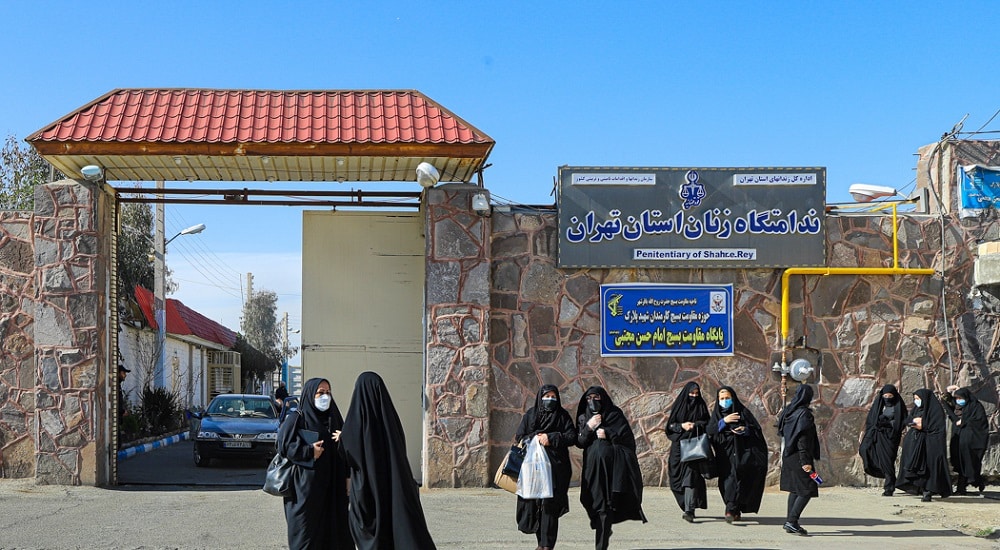 On September 15, Mahsa Amini, a 22-years girl, lost her life after being severely beaten while in the custody of the morality police for not being “improperly veiled.” Mahsa’s tragic death is the tip of an iceberg of women’s unbearable conditions in Iran under the ruling misogyny.

A recent report published by the Iran Human Rights Society (IranHRS), reveals some damning information about the deplorable condition of female prisoners in Qarchak prison in Varamin, near Tehran. The prison, which itself is a place to punish prisoners, possesses a subdivision for punishing inmates more severely.

“If women prisoners disobey the prisons’ rules, they are transferred to the Aminabad sanatorium. Death row inmates are secretly executed, prisoners starve and suffer from lack of hygiene,” the report reads in part.

The report came from a former Qarchak prisoner, who’s recently left Iran, sharing her horrific experience. She said, “After a month or two in Qarchak, you forget once had an ordinary life! There, you live a primitive life.”

The survivor underlines that Qarchak prison is a large and inhabitable warehouse turned into a prison.

“Ordinary practices are prohibited and considered a crime at Qarchak prison, such as cutting hair. Many inmates were punished by being sent to Aminabad or staying long periods in solitary confinement.”

“In August 2021, a lady climbed the barbed wire and started screaming in agony, saying she wanted to kill herself. They had executed her son that morning, and her husband was on death row. She was condemned to 17 years in prison and had to stay in prison for another nine years. She had lost hope after her son’s death. Guards took her away, and prison officials said she had been released. But they had sent her to Aminabad,” the report reads.

According to this prisoner, food is also very scarce in Qarchak prison. “Prisoners are always starving. The dinner ration of every prisoner is a frozen, boiled egg, a third of a potato, and a piece of bread. Those inmates who do not receive help from the outside cannot purchase anything.”

But those who purchase food items do not have a better situation, as they cannot cook. “The prison doesn’t have any stove or cooking facilities. So, inmates who purchase canned food are forced to eat them without boiling them. Therefore, many of them suffer from various diseases.”

#Iran: Inmates already deprived of their minimal #humanrights now face new problems. Qarchak Prison sewage has overflown the prison yard and onto the wards’ corridor. Drinking water is also cut off, and the prison authorities are not taking action. https://t.co/Ev9bcmn0dk pic.twitter.com/iGHF27ItiM

According to this report, while women in Qarchak are deprived of minimum hygiene facilities, taking a bath is also another form of torture.

“Qarchak prison does not have drinking water. It is literally lime water. While taking a bath, low-pressure water comes out of the shower like white chalk. Sometimes the water is so hot that the prisoners’ skin blisters and at times so cold that it’s unbearable.”

Meanwhile, “many drug addicts and homeless people in this prison suffer from various infectious diseases. Many of them bring lice into jail with them. But there is no means of health care for them, and others also suffer significantly from this issue.”

“The healthcare situation in Qarchak prison is disastrous. If a prisoner has an acute illness after midnight, they hardly transfer her to the hospital. There is no medicine in the hospital. And its pharmacy is empty,” the report adds.

According to the newly liberated prisoner, “incarcerated women who are pregnant and had a miscarriage due to the prison’s harsh conditions were mistreated and deprived of medical attention. If they would speak, they would be assaulted.”

Qachak Prison is indeed the “No Man’s land” where women prisoners “don’t even exist.” “We did not have the right to protest. Guards brutally suppressed whoever went on a hunger strike. They take the prisoner to solitary cells. The solitary confinements are small 2×1 meters filthy rooms where one should crouch to fit.

The report adds that there are many “death row inmates, and every day four to five of them are hanged. But the news of these executions doesn’t leak to the outside world.”

Some of the victims are poor women who were forced to smuggle drugs for their violent husbands and were caught with drugs and now will be hanged. Many inmates commit suicide, but no one hears about their situation.

Iran’s ruling misogyny considers women as inferior creatures, and just like in the dark ages, women do not enjoy any rights in Iran.

From splashing acid on women’s faces to arresting them and torturing, raping, and killing defiant women, mullahs haven’t shied away from any measures to oppress women. In its report on March 8, 2021, Iran’s Special Rapporteur, Javaid Rahman, counted Iranian women’s hardships, legalized by the regime.

“Blatant discrimination exists in Iranian law and practice that must change. In several areas of their lives, including in marriage, divorce, employment, and culture, Iranian women are either restricted or need permission from their husbands or paternal guardians, depriving them of their autonomy and human dignity,” the report reads.

Despite the regime’s crackdown, Iranian women have been displaying a growing determination not just to achieve equal status in Iran but play a leading role in people’s struggle for democracy. The Women in the Iranian Resistance are in the movement’s leadership. During the major Iran protests in recent years, brave Iranian women were on the frontlines, leading their countrymen.

The Iranian women’s brave actions truly fulfill what the French famous writer and poet Lous Aragorn once said: “Women are the future of humanity. “