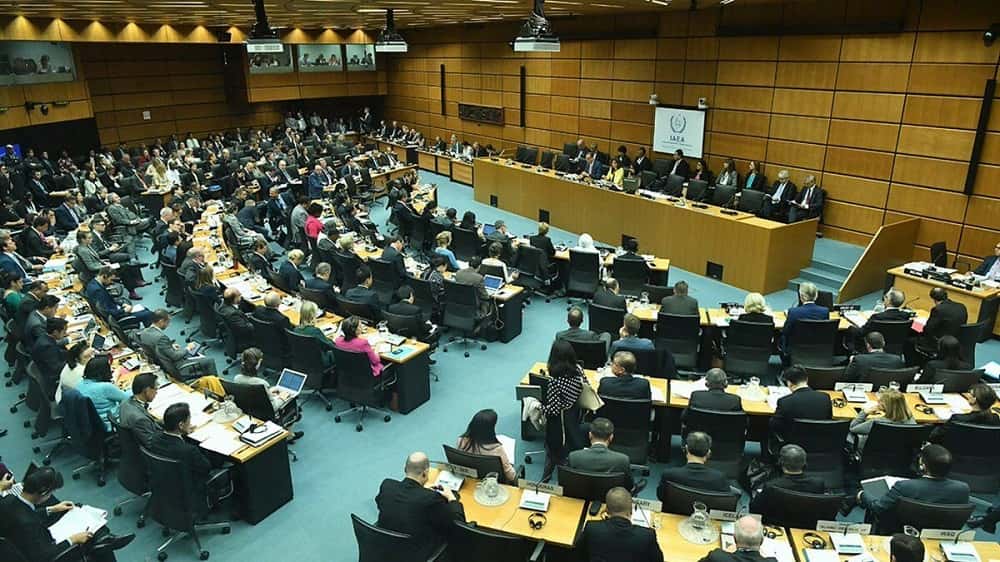 The Iranian regime is continually demanding concessions from western powers as they strive to contain the clerical regime’s drive for a nuclear weapons capability. Fortunately, the international community has shown little willingness to give into that regime’s ultimatums, which include demands for the abrupt closure of the file on past military dimensions of Iran’s nuclear program, as well as the removal of terrorist designation for the Islamic Revolutionary Guard Corps.

On the other hand, major Western powers have proven consistently unwilling to deprive Tehran of opportunities to go on reiterating those demands and outlining the concessions it hopes to receive. They could easily do so, however, if only they asserted the political will to halt negotiations to revive the 2015 Iran nuclear deal. Over the course of 18 months, those negotiations have gone practically nowhere, and their only consistent effect is the prevention of measures that might compel the regime to stop accelerating its nuclear program, which is now operating multiple cascades of advanced centrifuges to enrich uranium beyond 60 percent fissile purity.

On Wednesday, the International Atomic Energy Agency’s board of governors held its quarterly meeting, wherein the Joint Comprehensive Plan of Action was naturally a major topic of discussion. Some observers anticipated that the Western signatories to that deal – the United States, Britain, France, and Germany – would call for censure of Tehran as they did at the previous quarterly meeting in June. But some also predicted that further censure would be a death knell for JCPOA revival efforts. This is presumably why the US and the E3 stopped short of a formal declaration concerning Tehran’s violations.

This inaction cannot be explained in terms of Western expectations that a new censure resolution wouldn’t pass. The first one passed with yea votes from 30 of the board’s 35 member states. And when Germany saw fit to present the board with an informal declaration expressing the same concerns general concerns, 23 member states voted in favor of that, as well.

There can be little doubt that there is strong international support for measures that might be more effective than the current, fruitless negotiations at preventing Iran’s nuclear “breakout”. And yet every opportunity to impose those measures seems to pass by while the JCPOA’s signatories continue moving the goalposts for what constitutes a successful agreement and when it might be achieved.

The regime’s nuclear dossier must be referred to the UN Security Council as soon as possible, and the six UNSC resolutions should be reinstated by the trigger mechanism, which should have been done a long time ago#Iran#JCPOA pic.twitter.com/9SK0sAe9LD

The US and its European allies each signaled at one time or another that the revival talks would be concluded by the end of 2021. But when that calendar year ended, they promptly revised their predictions to sometime in January or February. A few weeks after the latest of those deadlines, the negotiations were placed on an indefinite pause, and Iranian officials began insisting that they would only send representatives back to Vienna in order to conclude an agreement that represented a Western capitulation to all outstanding demands, including delisting of the IRGC.

Eventually, the regime went back on its word, but not until it had become quite clear that the White House and the European Union had no intention of letting the JCPOA go anytime soon. This back-and-forth soon led experts like the British intelligence chief Richard Moore to conclude that the strategy being pursued by the regime’s leadership was not one of negotiation but simply of delay. Moore suggested in July that the mullahs’ Supreme Leader Ali Khamenei had abandoned any pretense of signing off on an agreement with Western powers but was tacitly encouraging the government to continue drawing out the negotiation process in order to forestall any increase in sanctions associated with the increasingly provocative nuclear activity.

This interpretation of the regime’s actions was given notable support last weekend when Iranian regime officials doubled down on their rejection of an EU proposal for re-implementing the JCPOA. Although the EU’s head of foreign policy, Josep Borrell, had explicitly stated that that proposal was the “final text” and that the negotiating parties had exhausted all opportunities for compromise, Tehran has continued to insist upon further changes, leading even the most optimistic Western policymakers to conclude that the prospect of a mutual agreement had grown more remote.

If Borrell and other EU leaders can now admit that Iran’s ruling theocracy is pushing negotiations in the wrong direction, one has to wonder why they cannot also admit that the JCPOA is no longer salvageable, or that the time has come for Western powers to adopt an alternative strategy for preventing Iran’s nuclear breakout.

Their slavish devotion to the JCPOA is all the more inexplicable in light of the fact that many of those most directly affected by the issue at hand have been demanding a change in policy for months, if not since the entire process began. Prior to the IAEA board of governors’ meeting in June, the National Council of Resistance of Iran issued a statement warning against postponing implementation of the JCPOA trigger mechanisms that would cause six prior UN Security Council resolutions and their associated sanctions to snap back into place.

Not only did the Western signatories avoid that implementation at the time, but their more recent refusal to pursue formal sanction also suggests that their political priorities are moving in the wrong direction, even as the negotiating process is doing the same.