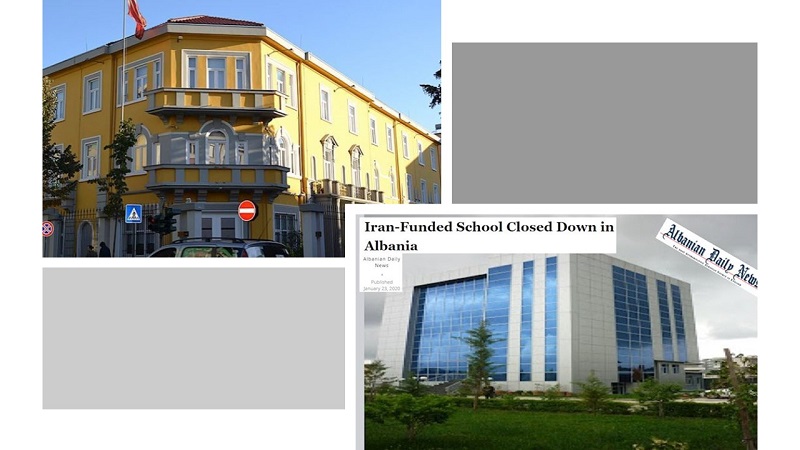 The country’s Minister of Education, Sports and Youth of Albania issued an order to immediately close the so-called Saadi Foundation of the Iranian regime in Tirana.

Following the expulsion of two diplomat-terrorists of the clerical regime from Albania, the country’s Minister of Education, Sports and Youth issued an order to immediately close the so-called Saadi Foundation of the Iranian regime in Albania.

Based on this order, first reported by Albanian media on January 23, all of the licenses granted to this foundation in previous years, have been declared null and void.

The Saadi Cultural Foundation was established in 1994 by the religious fascism ruling Iran following the conflict in the Balkans. The regime created it to spread terrorism and Islamic fundamentalism. These types of institutions use covers such as teaching the Farsi language and Iranian culture in order to attract and recruit locals who are then used to pursue the regime’s espionage and terrorist objectives.

The management and supervision of the Saadi Foundation and its branches in various countries rest with Gholam Ali Haddad Adel, who is a member of the regime’s Supreme Council of the Islamic Culture and Communications Organization, the machinery of the regime’s export of terrorism and fundamentalism. Haddad Adel is also a member of both the Expediency Council and the Cultural Revolution Supreme Council. He is a close relative of Ali Khamenei, the regime’s Supreme Leader, with his daughter married to one of Khamenei’s sons. The foundation in Albania is run by Ahadollah Qolizadeh, one of the diplomats expelled from Albania in 2019, and Seyyed Ahmad Hosseini Alsat, the regime’s cultural attaché in Albania, who was expelled from the country last week.

In a separate development, on January 21, Albania’s Top Channel TV reported that the country’s antiterrorism police were put on alert following the elimination of Qassem Soleimani. It added that anti-terrorism and immigration officials are getting ready to expel a regime intelligence agent named Ehsan Bidi and that he would be held at a secure location until the expulsion administrative process is complete.

The Iranian Resistance has exposed Bidi’s past and service to the mullahs in multiple previous statements, including on December 2, 2013, January 20, 2014, February 26, 2014, December 1, 2014, and February 13, 2018. According to the statement published on December 2, 2013, on April 19, 2012, Bidi surrendered himself to Iraqi forces and went to Mohajer Hotel, which is controlled by elements of the regime’s Ministry of Intelligence and Security (MOIS) and the terrorist Qods Force. … In mid-2012, Bidi went to Turkey and from there to Egypt, using a forged passport. Egyptian officials arrested him. While he was in prison in Egypt, he was in contact with the regime’s representation in that country. The mullahs’ intelligence tried to send Bidi to Austria, Finland or Denmark, but these countries refused to accept him, and he was returned to Iraq. Using an Iranian passport provided to him by the MOIS, he was again sent to Turkey and then from Turkey to Romania, and finally to Albania. The passport number is 16359072 and it was issued on January 27, 2013.

Prior to this, the Iranian Resistance had repeatedly called for the closure of the clerical regime’s espionage and terrorism centers, as well as for the expulsion of agents and mercenaries of the MOIS and the terrorist Qods Force, from the U.S. and European countries. While the clerical regime grapples with a crisis of overthrow and has resorted to terrorism more than ever, the closure of these centers and expulsion of the regime’s agents are doubly necessary for the security of host countries and safety of Iranian refugees and dissidents. 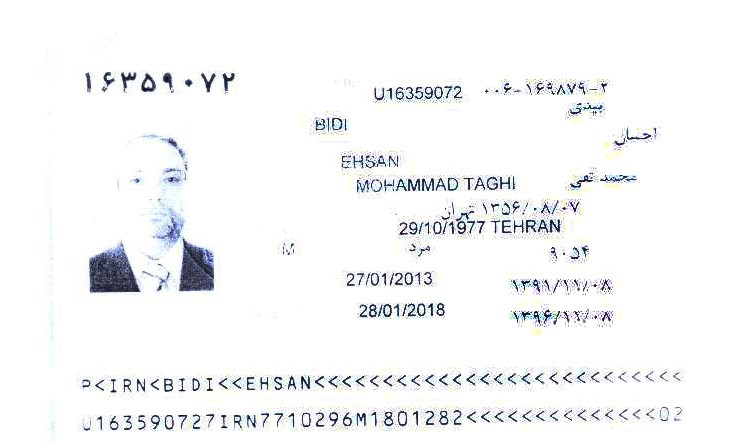