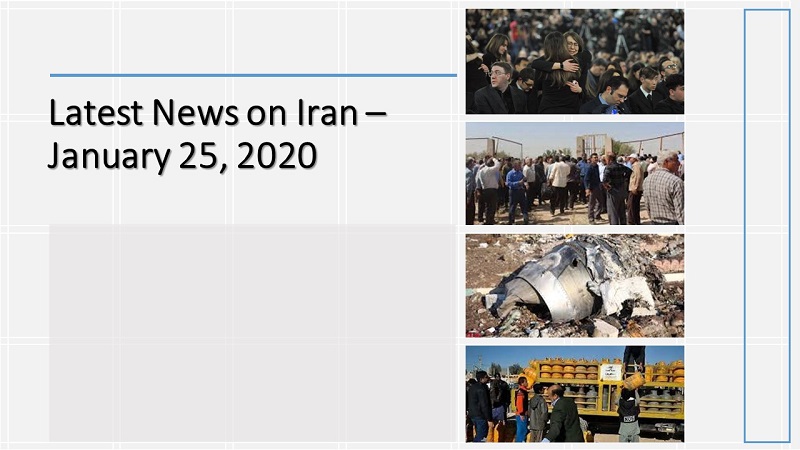 Written by Mansoureh Galestan on 25 January 2020.

The Mujahedin-e Khalq (MEK) network in Iran reported that on Thursday, January 23rd, the farmers in the central province of Isfahan (in Islamabad), held a gathering in protest of building a Heating Power Plant on the riverbed. The angry farmers destroyed the built wall by the regime.

The Eastern regions of Isfahan have 300,000 inhabitants who are mainly farming, but the drought has severely caused them of job and livelihood difficulties.

According to reports, the fairwater share of the farmers in the east of Isfahan from Zayandehrud river which is the main source of water is about 400 million cubic meters, but this amount has not been allocated in recent years, and despite the flow of water in Zayandehrud in a certain period since last year, only about 40 percent of the 100,000 hectares of Agricultural lands of the east of Isfahan went under cultivation.

Farmers believe that the unauthorized use of water in upstream areas of the Zayandehrood River including Chaharmahal and Bakhtiari province, the development of industry in the provinces of Isfahan and Yazd, and the development of green space, have caused the eradication of agriculture in the Eastern region of Isfahan.

PROTEST GATHERING IN LACK OF LIQUID GAS IN SISTAN

On Thursday, January 23, 2020, protesting against liquid gas deficiency and lack of providing liquid gas in Sistan, a group of people in the South Province of Sistan and Baluchestan held a protest gathering before the Zabul government building. The placards they carried reads: “our authorities are our disgrace”, “people of Sistan rather die than live in nadir”, etc.

One of the protesters said: “The government promised us to bring liquid gas line last year, but it seems only the gas cylinders are supposed to have arrived! Cylinders are not even available and this is the problem here.”

Some of the families of the passengers onboard the Ukrainian airliner that was shot down by the Iranian regime’s IRGC are initiating court cases in Canada.

A Facebook post belonging to a relative of one of the victims wrote that he and a dozen of the families of the Ukrainian plane will be suing Ali Khamenei, the Iranian regime’s Supreme Leader and the IRGC for the terrorist act.

On January 11, 2020, the Iranian regime after three days of denying, under the international pressure finally confirmed it had shot down a Ukrainian passenger jet, a Boeing 737–800, en route from Tehran International Airport to Kyiv with two anti-aircraft missiles killing 176 passengers and crew on board.

The families have also said that they will be appealing to the International Criminal Court.

Iran has rejected demands by the Ukrainian and Canadian government to release the flight recorders for expert analysis, asking for hardware and software from the United States to conduct its own investigation. Skeptics believe Iran’s conduct is a delaying tactic not to share information, although it has already accepted responsibility for the downing of the plane.