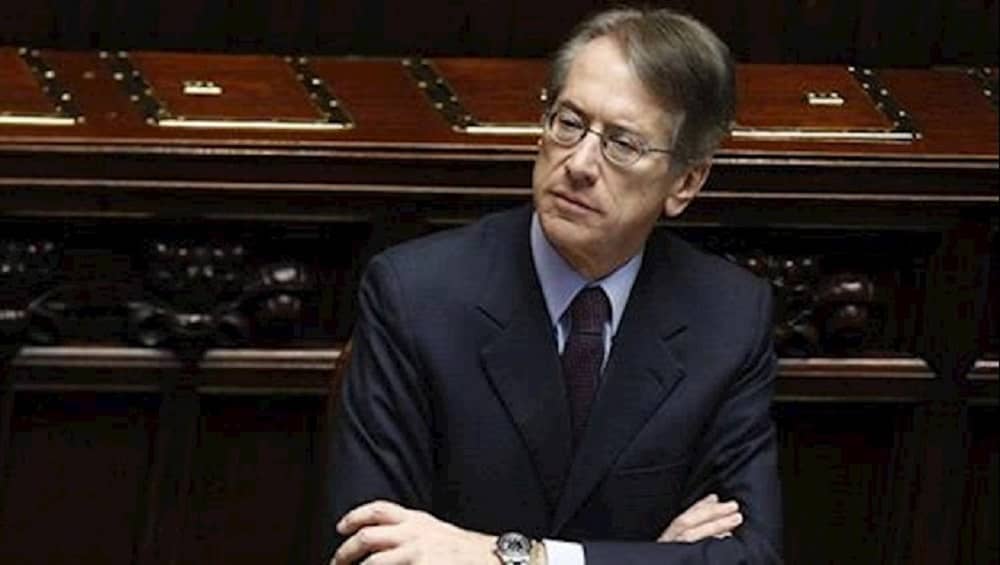 In July 2018, the European authorities arrested an Iranian diplomat, Assadollah Assadi, and his three co-conspirators on charges of terrorism. The terrorists were attempting to bomb the Iranian opposition’s “Free Iran” gathering in Paris. Many Western lawmakers and renowned politicians had also attended this gathering, along with over 100,000 individuals. November 17 and 18 mark the appeals court of Assadi’s accomplices. In this regard, we have interviewed Mr. Giulio Terzi, former Italian Minister of Foreign Affairs who was among the renowned politicians that attended the gathering and whose life was put in harm’s way.

Q: Almost 40 months after the thwarted terror plot against the “Free Iran” gathering in 2018 and 9 months after Asadollah Assadi was convicted by the Belgian Judiciary, there has been no serious effort by the European leaders to dismantle the Iranian regime’s network of espionage and terrorism made public. What message does that convey to Tehran?

Regrettably, the EU has been pursuing a policy of appeasement for many years, which has emboldened the regime to increase its terrorism and malign activities.

Last February, when the Court of First instance announced its verdict, I said in an interview with the Arabian TV Al Arabia that “now is time to end this policy and hold leaders of the Iranian regime accountable and adopt a firm policy. “ I cannot say that any such action has been undertaken. Even the coming to the presidency of Ebrahim Raisi last summer in Iran did not stop the rusty policy of appeasement.

There are short- and long-term consequences to that policy. The short-term effect is more terrorism that may endanger not only members of the Iranian diaspora but all citizens of countries in Europe where they reside. The long-term effects are the contribution brought to Islamic fundamentalism and the terrorism it enhances all over the world and in Europe, a strategic goal followed through years by the Iranian regime.

Q: It’s clear that the Iranian regime is mostly interested in eliminating its own opposition and dissidents abroad. But how does that impact the security of Western ordinary citizens anyway? Are the Iranian sleeper cells any threat to Western citizens?

Mr. Terzi: I do not agree with the concept of “sleeping cells”. Assadollah Assadi’s case proves that far from being sleeping cells, those agents are in fact very active ones not only in gathering vital information against Iranian and foreign nationals but also in operational aspects as serious as taking an IED all through Europe to a gathering of several tens of thousands of people. Had that operation been successful, nobody knows how many prominent and ordinary European and American citizens would have perished in the explosion.

The recent arrest of a 40-year-old Swedish Iranian named Peyman Kia in Sweden who was relaying intelligence and classified info to Iran shows the severity of the situation. This man was acting as Swedish intelligence chief for several years.

Assadollah Assadi’s Verdict Could Serve as a Turning Point in Iran-EU Relations https://t.co/rhPoPj3pAb

Q: During the investigations in Assadi’s case, a green notebook was found with the names of the Iranian agents who were on Assadi’s payroll. What would you expect Western intelligence agencies to be doing with that sensitive information?

Mr. Terzi: I think an active several hundred member-strong network in Europe is considered a major security concern, if not an immediate security threat. Assadollah Assadi’s GPS studied by the German police shows he spent time going around in Europe and stopping in numerous stations, apparently for paying his network members in cash.

That network should be dismantled. And then, clear diplomatic messages should be sent to Tehran to warn them on such activity which should entrain diplomatic consequences if continued.

Q: What would you expect the Western governments to do now? Don’t you think negotiations with Tehran over its nuclear program might be hindered if too harsh measures were taken against the latter in security-related aspects?

Mr. Terzi: It would be a huge mistake if the EU, and the US, close their eyes on the Iranian regime’s use of terrorism in Europe and elsewhere in favor of the stalled Vienna negotiations over Tehran’s secret nuclear program.

The message would be wrong and counter-productive: If we are prepared to offer so much in fear of Tehran’s acquirement of military nuclear capacity, how much more will we be paying if they had such capacity? Nowhere would firmness be needed more.