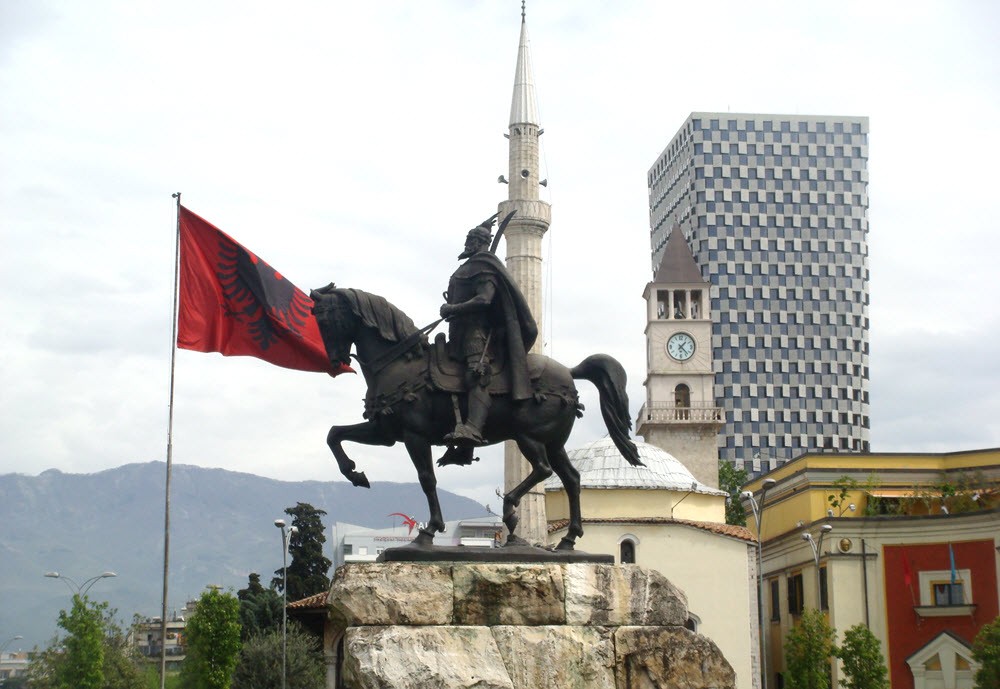 Following the expulsion of Gholamhossein Mohammadnia, clerical ambassador to Albania and Mostafa Roudaki, head of the intelligence station in December 2018, the clerical regime is attempting to send its spies and terrorists to Albania to inflict a blow to the PMOI under the business and journalistic covers.

The Revolutionary Guard (IRGC) has allegedly recently prepared a terrorist delegation under the commercial and business cover to send to Albania. The head of this delegation is Gholam Hossein Kazemi, a senior criminal and veteran of the Revolutionary Guard Corps and director of a large contracting company named “Asia-Kar Bakhtar” in Shiraz, which is affiliated with the Khatam-Al-Anbia Garrison. The company has had several missions and projects in Syria. The executive director of this company is Saeed Kazemi, son of Gholamhossein Kazemi.

The regime plans to obtain visas and residence permits in Albania for the IRGC Qods Force and Ministry of Intelligence terrorists under the name of this company using the cover of investment and building villas and apartments.

“Since early March, intelligence and counterterrorist agencies have been monitoring 10 people who are said to be able to organize terrorist activities in Albania,” Report TV in Albania reported on March 22, 2018. “All Iranian nationals entering Albania are under control at the border and during their stay in Albania. Law enforcement agencies in Albania are particularly concerned about Iranians who may be employed by Tehran’s secret services to take steps to compromise the protection of 3000 Iranian PMOI refugees in Albania.”

The Iranian Resistance has repeatedly emphasized that the rulers of Iran should be shown that the terrorist activities of this regime in Europe and throughout the world will have serious consequences.

Considering the IRGC and Ministry of Intelligence’s terrorist plots in Albania, Belgium, France, Denmark, Netherlands and the United States, and with the arrest and deportation of terrorist diplomats, the necessity of designating the Revolutionary Guards and the Ministry of Intelligence into the European Union terrorist list and trial, punishment and the expulsion of agents and mercenaries of the religious fascism ruling Iran becomes doubly important.