The Voice of Free Iran, #IStandWithMaryamRajavi 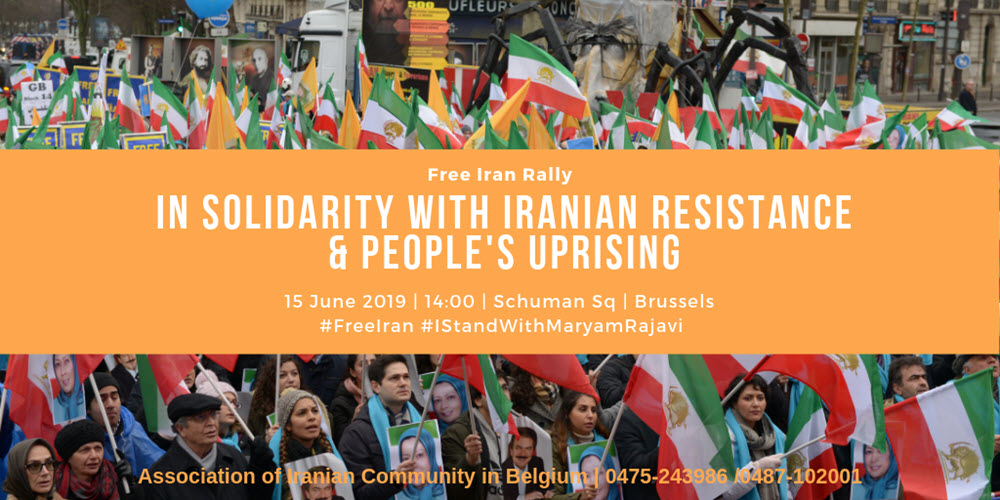 Social media has been a good litmus test to assess public opinion. It has provided repressed populations with a platform to voice their outrage and push back against tyrannical regimes across the globe.

Iran’s social media is no different. On Twitter and Facebook today, the Iranian diaspora has been mobilising. The Iranian opposition has organized a series of demonstrations in Europe and the United States and actively promoting the upcoming “FreeIran Rally”.

The FreeIran rally takes place every year, around the same time. It sees more than 100,000 Iranian opposition supporters and members of the National Council of Resistance of Iran (NCRI) gather to protest the violent and barbaric dictatorship in Iran.

The NCRI is the only viable democratic alternative to the religious dictatorship ruling Iran. Its President-elect Maryam Rajavi and her “Ten Point Plan” defines the main opposition’s political platform for a future democratic Iran.

The rally is sponsored by dozens of associations and rights groups who support the NCRI’s calls for a free, democratic, non-nuclear Iran, where there will be no capital punishment and the essential freedoms and gender equality are guaranteed.

The Iranian diaspora has announced mass demonstrations against the Iranian regime in:

A Dictatorship on the Brink

The demonstrations come at a time of crippling crisis inside Iran. Escalating protests against the regime’s repression, economic mismanagement and terrorist activities and malign behavior in the region have put the regime under immense pressure.

Simultaneously, U.S. economic sanctions, particularly those against the Iranian oil industry, have financially crippled the regime and its Revolutionary Guards (IRGC), including the Quds forces, the main force behind the regime’s terrorist activities in Iraq, Syria, Lebanon and Yemen.

Over the last year, there was a major shift in international policy with regards to the Iranian dictatorship.

The U.S.’s sanctions, which target the IRGC and other Iranian military and repressive organs, have already yielded results. They have forced terrorist organisations like the Hezbollah to find other funding sources and helped reduce Iranian clout in the region.

Cracking Down on Political Opponents

In response to growing protests at home, Khamenei appointed Ebrahim Raisi, a member of the death committee that oversaw the massacre of 30,000 political prisoners in 1988, as the new head of regime’s judiciary. He also appointed former death committee members in other key positions, such as Tehran’s prosecutor and replaced the leadership of the IRGC, with some of the cruelest commanders.

The appointments signal that the regime is incapable of resolving Iran’s social and economic crisis. Lacking any legitimacy, the regime intends to further repress civil freedoms and crack down on political opponents to maintain its grip on power.

Despite increased security measures and heightened repression, the Iranian people have been taking it to the streets to protest at every opportunity.

It is now widely accepted that the only way out of economic turmoil is regime change in Iran. Slogans like, “leave Syria and Lebanon. Think of us”, referring to the millions of dollars spent on the regime’s funding of extremism in the region, are commonly heard at demonstrations across the country.

Iranian communities are once again rallying against repression, this time in major European and U.S. cities, showing their solidarity with the people’s uprisings in Iran. They will ask the international community to recognise the Iranian people’s rights to freedom and democracy and to recognize the NCRI as the viable democratic alternative to the religious tyranny ruling Iran.

They will also ask European states to stop siding with the dictators in Iran and to follow the U.S. in not only blacklisting the IRGC but also the Iranian Ministry of Intelligence (MOIS) that are behind the regime’s terrorist activities outside and inside Iran.

This is the message circulating on social media. The Iranian diaspora and supporters of the Iranian opposition are using #IStandWithMaryamRajavi to raise awareness for their cause and to voice the Iranian people in their quest to the international leaders to support the NCRI and its President-elect Maryam Rajavi in their struggle for a #FreeIran.