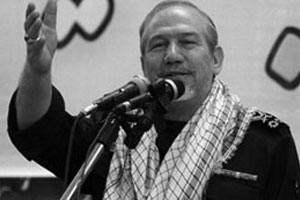 Ali Khamenei’s military advisor & former IRGC commander: Iran’s influence has reached the Mediterranean, our defensive line is in southern Lebanon border with Israel, and Syria is our bridge to Africa and Asia

Rahim Safavi described the 40 months of crimes against humanity and massacre of defenseless people as “over 120,000 people killed and 3 million displaced”, adding that this is a strategic victory for the regime.

“Currently, 40 months later, the military and political scene in Syria depicts victory for the Syrian government and this is a strategic victory. Syria is a bridge connecting North Africa to Asia,” he added.

“Most definitely the strategy of the US, Saudi Arabia, Turkey, Qatar and European countries aimed at overthrowing Bashar Assad has failed, and this failure is a strategic failure for the West, Arabic and Zionist front resulting in a great strategic victory for the Islamic Republic of Iran,” Safavi continued.

These remarks clearly show how the international community’s inaction in the face of crimes committed by the mullahs’ regime and Bashar Assad in Syria has to such an extent emboldened the clerical dictatorship ruling Iran to further meddling.

Rahim Safavi was one of the main commanders of the 1980-1988 Iran-Iraq War, and who also had a direct role in the killings of hundreds of thousands of people in Iran and Iraq. Describing the regime’s strategic ties with the Syrian regime’s bloodthirsty dictator, he said: “Syria’s support for our country in the imposed war against the Iranian nation cannot be forgotten… with the start of the war the Syrian government… at our request blocked the Iraqi oil pipeline passing through Syria to the Mediterranean Sea…; for missile training… at the time we sent senior IRGC commander Hassan Tehrani Moghadam and more than twenty other IRGC members to Syria.”

Prior to this Khamenei had emphasized to the regime’s senior officials that: “Syria is a red line for the regime. Therefore, despite difficult and complicated conditions, one must not lose hope and they must support Assad to the very end.”

Ali Akbar Velayati, Khamenei’s advisor, described the Syrian dictatorship as the “golden ring of resistance” and said: “If Syria had not supported Hezbollah logistically, Hezbollah in the 33 day war and Hamas in the 22 day war would have not reached victory. Syria has a very fundamental and key role in the region… that is why an attack on Syria is considered an attack on Iran and its allies”, (State-run news outlets, 26 January 2013).

Larijani said in a meeting with the Assad regime officials in Syria: “Iran will not stop supporting Syria and its president Bashar Assad”, (Al Jazeera TV, 25 November 2012).

Cleric Ammar Ta’eb, an inner circle of Khamenei and leader of the Ansar-e Hezbollah openly admitted: “Syria is Iran’s 35th province… if the enemy wants to take over Syria and Khouzestan (southern Iranian province), saving Syria is top priority, if it falls out of our hand we will not be able to hold Tehran”, (State-run news outlets, 15 February 2014).

The shocking confessions of Yahya Rahim Safavi and other regime officials increases the need for urgent international action to stop the active and all-out intervention of the mullahs’ regime and the IRGC in the killing of the Syrian people, and to prevent its warmongering and destruction of the entire region.

Secretariat of the National Council of Resistance of Iran
May 4, 2014