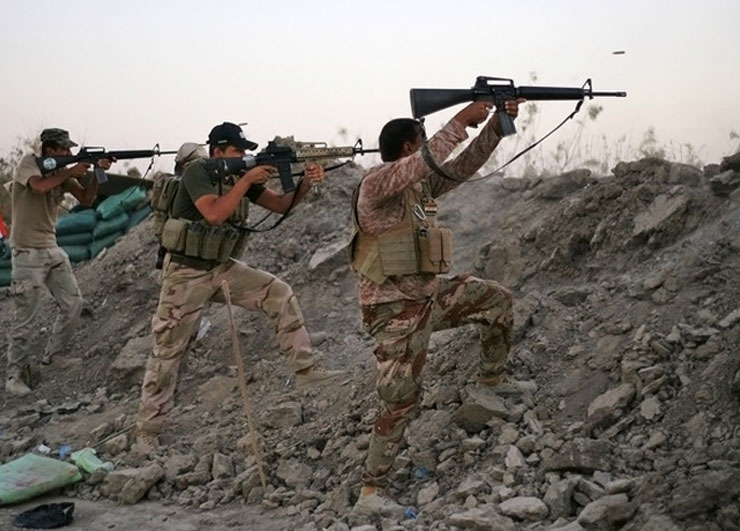 The United States will only launch an all-out air offensive against the Islamic State terrorist group when the Iranian regime withdraws its armed forces from Iraq, a leading Kuwaiti daily paper has reported.

America has demanded two conditions before it launches and intense ‘aerial war strategy’ at ISIS, the al-Seyassah newspaper said.

A prominent leader of the Shiite political coalition of Prime Minister Haidar al-Abadi’s government told the paper on January 16 that the first condition was for Iraq to complete the training and arming of Sunni forces so that they can advance on ISIS positions in Anbar Province and Mosul, Takrit and Kirkuk in the north, and Diyala to the north-east.

This was because the US is unwilling to see Shi’ite paramilitary forces that are controlled by the Iranian regime advance toward these positions after any intense aerial campaign, the source said.

The second condition for Iran’s armed forces and pilots to leave Iraq, and for their role in training Shiite paramilitary forces be ended, meaning they could no longer advance to war fronts with the Iraqi army.

The Shi’ite leader said that liberating the Baiji area by Iraqi forces in recent weeks, followed by their retreat as ISIS retook the area proved that the international coalition would not allow its air force to spearhead any victory by Shi’ite paramilitary forces.

Any Iranian military involvement would prevent the international coalition from conducting intense air strikes, the source told the paper.

Allowing the Iranians to wage war in Iraq would sour America’s relations with Iraq and the Arab world and further alienate the Sunnis, thus benefitting ISIS as happened in Syria, he said.

The US had now placed new options on the table where full-scale air attacks would be accompanied by ground attacks by the Iraqi and Kurdish forces, the source added.

And he said some Iranian and Syrian diplomats in Baghdad had explicitly stated that Iraq must now prevent all ground operations by the West, because such a campaign could extend to Syria, threatening the leadership of President Bashar al-Assad.

Previous articleU.S. Senate pushes for Iran sanctions
Next articleIran: 100 arrested for dancing at mixed party as oppression continues under Rouhani