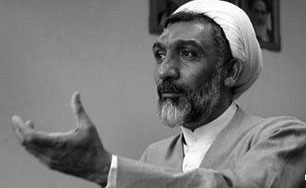 Pour-Mohammadi, Minister of Justice, is one of the ranking officials responsible for the mass murder of 30,000 political prisoners in 1988

NCRI – Members of Hassan Rouhani’s cabinet who were introduced to the regime’s Majlis today are all among the regime’s ranking officials in the past three decades who have been highly involved in war, repression and export of terrorism and fundamentalism; in fact, his cabinet includes no one who has not been an official in the mullahs’ regime during the past 34 years.

As Mrs. Rajavi specified on the very next day after the elections, no change could be imagined without freedom of political prisoners, freedom of speech, freedom of political parties, cessation of aggressive meddling in Syria and Iraq, and putting an end to the nuclear bomb project. Fifty days after the election, Rouhani has well proved in various occasions that neither does he want nor can he bring about any change regarding above issues. Rouhani said today to the Syrian prime minister, who had gone to Tehran to participate in his inauguration ceremony, that the mullahs’ regime will not abandon supporting Syrian government in confronting the current crisis (meaning Syrian people).

Backgrounds of some of nominated ministers are as below:

– Mullah Pour-Mohammadi, nominee for Justice Ministry, is one of the regime’s most brutal officials. He used to be deputy minister of intelligence for many years, and, due to being in this post, he was a main member in the three-people Death Commission that played the highest role in the mass murder of 30000 political prisoners in 1988. In 1980, and after the war with Iraq started, Khomeini appointed him as the ‘Revolution Prosecutor’ in Khuzistan, Hormozgan and Khorassan to suppress the protests of teachers and students in Bandar-Abbass that had been going on for more than a year. The horrible massacre of 100 students of 16 to18 years of age, and ousting Bandar-Abbass teachers are among his background in those days that were made public too. Afterwards, he has continuously been a Revolution or Military Prosecutor in various provinces in charge of suppressing people (1979 till 1986). He served as deputy and acting minister of intelligence from 1987 till 1999)

As deputy intelligence minister and head of foreign intelligence during the period of 1990 till 1999, played a special role in assassination plots abroad. In those years, Pour-Mohamadi was the main mastermind of assassinations which were carried out under Saeed Emami’s supervision.

Pour-Mohammadi was also involved in ‘chain murders’. He even did not show mercy to his relatives. For instance, he was in was involved in brutal murder and burning the body his cousin’s wife Ashraf al-Sadat Borghai. (March 1996).

Highly trusted by Khamenei and as a close aide in his inner circle, Pour-Mohammadi was appointed by Khamenei as his chief of staff advisor and manager of “political-social” group. He was also one of the directors of Khamenei’s special office for intelligence and security. Intelligence and security in Khamenei’s office is known by the code 101; it has 19 directorates and the personnel number of Mostafa Pour-Mohammadi in this organization is 1223.

During Fallahian’s tenure as Minister of Intelligence, measures aimed at confronting the Simaye Moghavemat TV channel (belonging to the Iranian Resistance) and transmitting jamming signals against it was directly under Mostafa Poor Mohammadi’s supervision.

– Ali Rabi’i, Minister of Labor and Social Affairs: When Khomeini came to power he joined the Revolutionary Guards (IRGC) and from the very beginning became one of the IRGC Intelligence Unit’s commanders. He was the first director general of the IRGC Intelligence Department in West Azerbaijan Province. Afterwards, he became the director general of the Ministry of Intelligence (MOIS) Labor Unit, and he was in charge of the MOIS Legal-Parliamentary Department until 1993.

Subsequently, during Khatami’s presidency Ali Rabi’i was appointed as the Supreme National Security Council executive director and followed intelligence and security matters with Hassan Rohani. He was a professor of psychological warfare at the MOIS school known as the Imam Bagher University. He was very active in implementing anti-labor plans.

– Mullah Seyed Mahmoud Alavi, Minister of Intelligence: In the regime’s first Majlis (parliament) he was directly in charge of codifying the MOIS bill. He is a current member of the regime’s so-called Assembly of Experts and a member of the first, second, fourth and fifth Majlis. From 1989 to 1991 he was in charge of the Department of Supervision and Inspection and Department of Public Relations and Advertisement in the spying and repressive organ known as “Political-Faith” under the Ministry of Defense and Supporting Armed Forces. From 2000 to 2009 he was head of the Army “Political-Faith” Organization and played an important role in the crackdown of the Army’s popular personnel.

– Hamid Chitchian, Minister of Energy: Commander of the IRGC Intelligence Department in Tabriz and other cities in Azerbaijan Province during the first years of the mullahs’ regime. With the founding of the MOIS in 1984, Chitchian was officially hired by this ministry and promoted with the continuing of his services in the regime’s repressive organs.

– Abbas Akhoundi, Minister of Housing: He was one of the first members of the Constructive Jihad Central Council, responsible for providing the Iran-Iraq War logistics, plundering billions of dollars of the Iranian people’s wealth to keep the fire of the regime’s 8-war with Iraq burning.

Secretariat of the National Council of Resistance of Iran
August 4, 2013