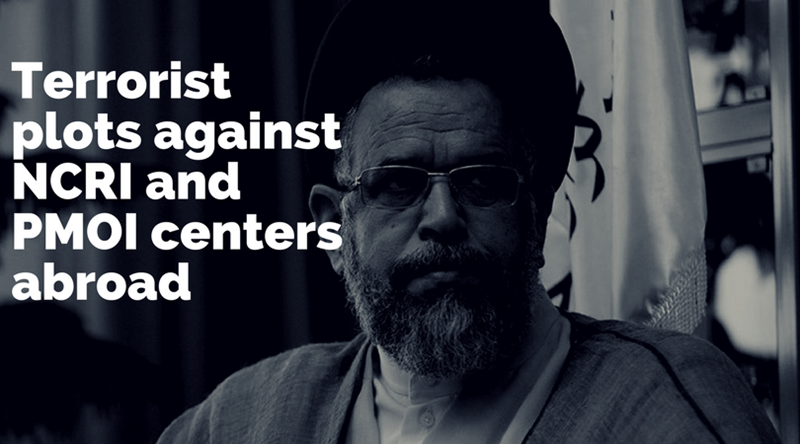 On Thursday, April 19, in response to a question about terrorist threats against the People’s Mojahedin Organization of Iran (PMOI or MEK) in his country, Albanian Prime Minister Edi Rama said: “I believe that, for MEK we did the right thing. We gave accommodation to a group which is persecuted. And that’s it. Regarding your question about security and threats, we are on the right side of history, we are in a group of countries of the Euro Atlantic club which are threatened in the same way. I believe that all these countries take measures against terrorist threats.” (Vizion Plus television, April 19, 2018)

Prime Minister Rama is referring to the widespread terrorist plots of the mullahs’ regime against the Iranian Resistance in various countries, from Albania to Germany and even as far as the United States. The Iranian Resistance has for over a month been involved in a concerted effort to neutralize the regime’s plots to carry out assassinations and terrorist attacks against the offices of the NCRI and PMOI.

As mentioned repeatedly in NCRI statements, the goal of Tehran’s campaign to demonize, spread misinformation and unbridled enmity against the PMOI, which has been stepped up following the uprising that began last December, is to lay the groundwork for terrorism and violence. This reality has been experienced many times at the expense of many lives lost in Camp Ashraf and Camp Liberty.

The following can be said about the terrorist cycle of the mullahs’ regime following the uprising:

1 – On March 22, 2018, Albanian media outlets reported the arrest of two Iranian agents on suspicion of terrorist activities in Tirana. Identified by the initials F. Z. and S. M., they had “introduced themselves as journalists.” According to Albanian news reports, “These two Iranian citizens were arrested for further investigation by anti-terrorism agencies after information was received from Albania’s international partners stating that they were planning to carry out a terrorist operation.”

2 – On March 22, 2018, Albanian television reported: “Since the beginning of the month, intelligence and anti-terrorism agencies have been monitoring 10 people who are said to be able to organize terrorist activities in Albania. All Iranian citizens who enter Albania are under widespread surveillance both at the border and during their stay in Albania. Law enforcement agencies in Albania are in particular worried about Iranians who could be used by Tehran’s secret services to strike a blow to the protection of 3,000 members of the Iranian Mojahedin who are refugees in Albania.”

3 – Since the start of 2018, there have been repeated cases of suspicious activities outside the office of the National Council of Resistance of Iran in Berlin, such as reconnoitering, photographing and mock parking maneuvers. The police and relevant officials are informed of these cases. In order to prepare its terrorist activities, the regime uses both Iranian agents and non-Iranian mercenaries. At the start of April 2018, all signs pointed to preparation for a terrorist strike, and relevant officials were informed.

4 – Simultaneously, there have been several cases of suspicious acts of surveillance near the NCRI office in Washington by individuals of various nationalities, which point to serious terrorist threats. The relevant law enforcement officials have been informed of these threats.

5 – The regime’s embassies and intelligence services use mobile telephone tracking devices to determine the location and identity of targeted mobile phone users. There are many known instances of this.

6 – The regime also makes maximum use of the support and resources it receives from governments aligned with it, against its opponents.

1 – On January 9, 2018, Ali Khamenei reiterated that the uprising in Iran was organized by the PMOI who had planned for it months in advance. He threatened: “We must speak with and enlighten those who entered the fray in the spur of the moment, including students and non-students, but the [PMOI] should be treated differently.” Subsequently, the regime’s Supreme National Security Council (SNSC) deliberated and decided on making its response “operational.” Two of its decisions were:

– Spy on and deal with those identified to be the leading instigators domestically.
– Carry out planning for a major blow to the [PMOI] based on the current capabilities of the Revolutionary Guards and the Intelligence Ministry.

2 – IRGC General Ali Shamkhani, the secretary of the SNSC, on January 1, 2018 (Day 5 of the protests) announced that the PMOI “will receive an adequate response from where they don’t expect it.”

3 – The Iranian regime’s former president, Mullah Mohammad Khatami, on January 2 stated: “The United States and the [PMOI] and some regional countries are supporting and encouraging the rioters … The Iranian people will never forget the crimes and enmity of the opportunist deceivers.”

4 – According to the French news agency AFP, the regime’s president, Hassan Rouhani, in a one-hour telephone call to the French President on January 2 demanded action against the activities of a “terrorist” Iranian group based in France whom he accused of fomenting the recent protests.

In a clear reference to the PMOI, the Iranian President stated: “We criticize the fact that a terrorist group has a base in France and acts against the Iranian people … and we await action from the French government against this terrorist group.” Referring to this news, the French newspaper Le Figaro on January 4 wrote: “In the Elysée it is said that we have never had discussions with the Iranians where the issue of the Mojahedin has not been at some point mentioned to us.”