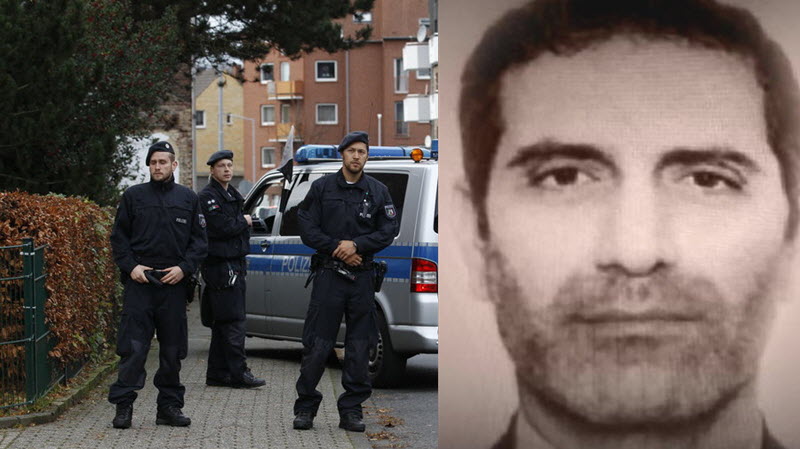 Attack on the Iranian community in Paris was approved by Khamenei, Rouhani and Zarif

The state Supreme Court in Bamberg, Germany, agreed to extradition of the clerical regime’s diplomat Assadollah Assadi to Belgium. The court’s statement reiterated: “All extradition conditions have been met and there are no barriers to extradition.” The accused cannot “invoke diplomatic immunity” and “the continuation of the extradition proceedings is the responsibility of the general prosecutor in Bamberg.”

As such, the intensive efforts of the religious and terrorist dictatorship ruling Iran to abscond the terrorist diplomat who planned and organized the bombing at the great Iranian gathering in Paris on June 30 failed. Since the arrest of Assadi in Germany on July 1, 2018, the mullahs have been trying their best with threatening, intimidation and pressure on European countries to bring him back to Austria and make him escape justice. Assadollah Assadi has been involved in assassination, spying and murder over the past three decades, and the PMOI has revealed his criminal and terrorist record in Iraq since 10 years ago.

The decision to commit this major terrorist crime was taken at the highest level of the regime, i.e. the Supreme Security Council, with the presence of Rouhani and Zarif, and was confirmed by Khamenei. The submissive efforts of the Iranian regime and the lobbyists and regime allies to blame this terrorist act to the fake self-acting circles within the regime and to acquit Rouhani’s faction or Khamenei is so unfounded that with the slightest investigation its factitiousness is revealed.

With the beginning of the uprising of the Iranian people in December 2017, the regime has found its salvation in exacerbating the suppression and export of terrorism. The two failed plots against the Mojahedin in March this year in Albania and the attack on the Iranian community in Paris in June of this year, and the arrest of two intelligence agents in the United States in August who were spying on the Mojahedin are among these measures.

The Iranian resistance welcomes the decision of the Bamberg Supreme Court and stresses on speeding up judicial proceedings in the case of the largest Iranian state-sponsored terrorism project and its operational commander, Assadollah Assadi, and disclosure of all its details. The Iranian regime’s state-sponsored terrorism should be referred to the United Nations Security Council.

Inaction with respect to the unhindered terrorism of the mullahs, whose diplomats are directly involved in, leaves the door open for continuing the crimes by the clerical regime. Therefore, the European Union and all European countries must adopt a decisive policy. Expelling all regime intelligence agents, those who work in diplomatic portfolios, or those who work under the guise of a journalist or businessman, or other covering associations is among those. Embassies and Representations of the regime should be shut down and European ambassadors should be recalled from Iran.

Secretariat of the National Council of Resistance of Iran
October 1, 2018