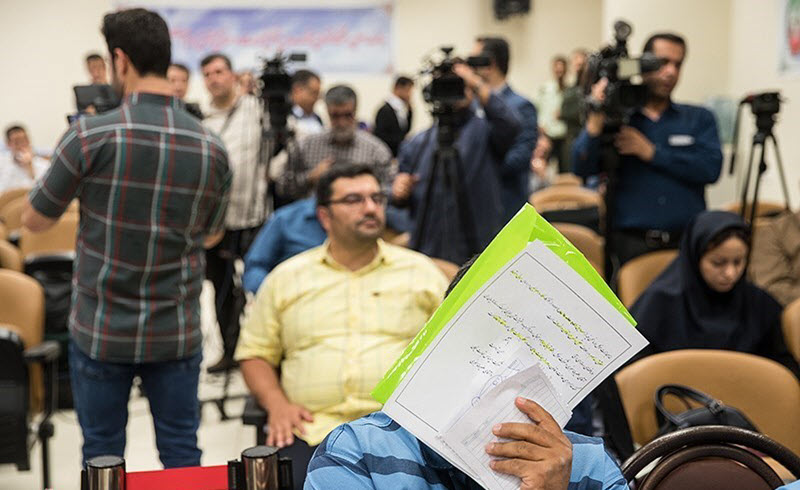 The Iranian Regime sentenced three people to death for corruption on Sunday, hoping to send a strong message to officials and merchants about not exploiting the country’s financial crisis as US sanctions hang overhead.

The businessmen have not been named and the specific details of their charges have not been revealed. The punishment still needs to be ratified by Iran’s highest ranking court, according to judicial spokesman Gholamhossein Mohseni-Ejei.

These punishments were handed down just one day after Iran’s central bank was given more powers to intervene in the currency market to stop the rial from devaluing further, as it has done since the US reimposed a ban on Iran trading in US dollars in August. The next round of sanctions, targeting Iran’s oil industry and central bank, will come into effect on November 4 and this is expected to squeeze Iran even more.

So far this year, the Iranian rial has lost 80% of its value against the US dollar; a sharp decline that began before Donald Trump announced that he would withdraw the US from the 2015 nuclear deal in May. The Regime’s attempts to stabilise the market have backfired.

The Iranian public is protesting in the streets over the economic crisis, so the government has responded with harsh punishments against those it deems to be exacerbating or profiting from the crisis in the hopes that that will please the people. So far, 120 people have been arrested, 35 people have been charged, and most of them received jail sentences.

Of course, the Iranian economic crisis has been caused by years of corruption and mismanagement by the mullahs – none of whom have been arrested – so it will not make the people happy to see that the Iranian Regime is executing their fellow citizens. The mullah’s drive to punish moneylenders, shopkeepers, and low-level officials will do nothing to fix the crisis, because the people being punished didn’t cause the crisis and the long arm of the law doesn’t reach those who did.

While Iran’s former central bank governor, Valiollah Seif, is facing investigation and is banned from leaving the country, he was not solely liable for the fall of the rial and actually provides a scapegoat for the rest of the Regime.

The Iranian mullahs wasted the resources of their people on interference in the other nations of the Middle East, terrorism, and warfare, so executing people who traded at exchange rates outside of the Regime’s fixed rate will not solve the crisis.