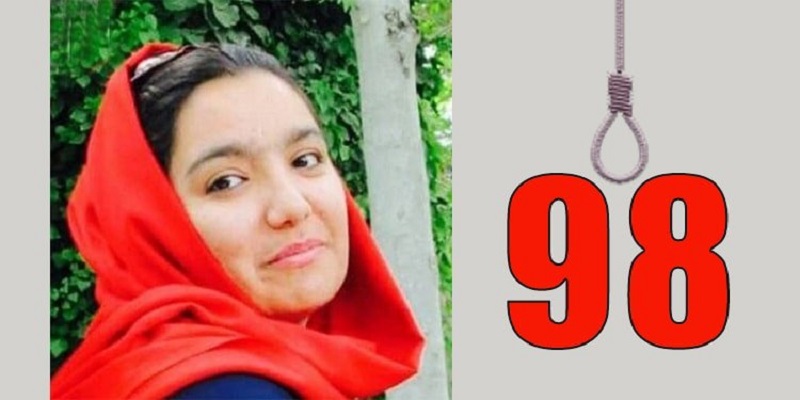 Written by Mansoureh Galestan on 06 December 2019.

A woman who defended herself against rape was hanged this week in Iran, according to the Women's Committee of the National Council of Resistance of Iran (NCRI).

Somayyeh Shahbazi Jahrouii, 33, had been imprisoned for six years. She had committed murder in self-defense against rape, according to her relatives.

#Iran under the misogynist mullah regime: Somayyeh Shahbazi Jahrouii hanged for defending herself against #rape https://t.co/LexpCRqp9f

*Many of the women convicted of murder in Iran are themselves victims of violence & have killed in self-defense.

Somayyeh Shahbazi Jahrouii was hanged at dawn on Wednesday, December 4, 2019, in Sepidar Prison of Ahvaz, capital of Khuzestan Province.

Her death brings to 98 the number of women executed by Iran's regime since Hassan Rouhani took office as President in 2013.

#Iran Regime Has Executed 3,800 People Since Hassan Rouhani Took Office
A group monitoring human rights in Iran has published a new report stating that Iran’s regime has carried out at least 3,800 executions since Hassan Rouhani took office as President.https://t.co/cgYtRP4sek pic.twitter.com/aOFXRwdeVu