Church plea for the MeK 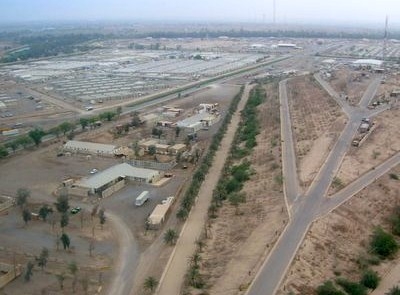 The Archbishop of Armagh and six bishops of the Church of England have endorsed a public letter printed in the Guardian last week calling for the government to forestall a tragedy in Iraqi, as the government of Prime Minister Nouri al-Maliki begins moving 3,400 Iranian political refugees from their home in Camp Ashraf to Camp Liberty – “a new base that amounts to nothing more than a prison.”

Archbishop Alan Harper, joined by the Bishops of Bath & Wells, St. Albans, Oxford, Gibraltar, Stepney and Hull, along with the former Bishop of Oxford Lord Harries, leaders of the bar, members of Parliament and senior academics, stated Camp Liberty “is to be surrounded by a 4m-high wall, its residents will not have freedom of movement inside or outside the camp or access to their lawyers and family members, while sanitation, water and eating facilities are limited.”

The signatories to the 23 February 2012 letter said that they had “watched in horror” the refugees’ treatment at the hands of the Iraqi government and were concerned for their safety.

The Iraqi government has stated it will move the Iranian exiles, members of the Mujahedeen-e Khalq (MeK) to Camp Liberty by April 2012.  The MeK, allies of Saddam Hussein during the Iraq-Iraq war, is considered a terrorist organization by Iran and its members subject to arrest and imprisonment.

Following the U.S.-led conquest of Iraq in 2003, MeK members living in Iraq acquired “protected persons” status.  However as coalition forces withdrew from Iraq and the regime strengthened its ties with Iran, tensions mounted such that in April 2011 Iraqi troops attacked Camp Ashraf killing 34 and injuring 325.

Baghdad signed a Memorandum of Understanding with the UN in December 2011 agreeing to transfer the MeK to a temporary transit facility where United Nations High Commissioner for Refugees (UNHCR) would begin the process of their resettlement outside of Iraq.

However, the MeK members sent to Camp Liberty have been subject to police surveillance, harassment from members of Iran’s Revolutionary Guards and poor living conditions.  The open letter called upon government and the UN to “stand by the Camp Ashraf residents and protect their internationally recognised rights” and not “merely watch the Iraqi PM make a mockery of the UN and the principles it stands for.”