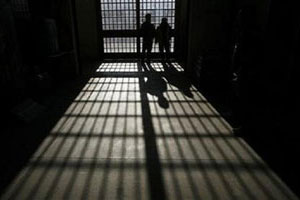 NCRI – Following the October 29, 2015 terrorist rocket attack on members of the main Iranian opposition group, the People’s Mojahedin Organization of Iran (PMOI, or MEK) in Camp Liberty in Iraq which left 23 camp residents killed, a group of political prisoners languishing in Iran’s various jails have written an open letter condemning the inaction of the world community to prevent the massacre:

Letter written by a number of political prisoners at Karaj, Gohardasht, and Evin prisons

Once again the criminal hand of the evil and murderous regime of the mullahs has been hard at work committing another crime, murdering more of the most liberated, dignified and honorable children of this enchained nation. And once again, the United Nations and the appeasing U.S. government, who must act on the basis of their international agreements and accords, have paved the way for another crime through their inaction and delay.

This murderous regime, which is known today as the godfather of terrorism, continues to murder and massacre the people of the region and is with all its might defending brutal criminals like Bashar Assad and others in Iraq (like Nuri Maliki and others), or in Lebanon and Yemen, among other places, at the expense of the Iranian people. This is all because it lacks legitimacy among the population inside its own borders. Because of this, it has been condemned by the United Nations over 60 times for extensive executions, murder, torture, suppression and violations of the most fundamental human rights of the Iranian people. It is clear that in order to suppress and intimidate domestically and in the region, above anything else it would target the vanguards of the popular Resistance, who have stood up against it, using missiles of hate. And therefore, it is the duty and responsibility of this most important and most serious Resistance movement to expose the true face of the monster through more resistance and perseverance (despite the fact that it is so costly!). It will unmask for the people of Iran those who whitewash the face of this monster and devil in clerical robe, and those who are dealing with it as a matter of political expedience. They must then remind appeasing governments that these massacres and crimes are undoubtedly the other side of the coin of the policy of appeasement and of extending an invitation to the blood—thirsty monster to participate in the realms of peace and friendship.

Hail to the 23 heroic martyrs of the proud Iranian Resistance, who in the complex and foggy circumstances of the world and the region can discern the right path from the wrong path; those who in the darkness of tyranny, colonialism, and political expediency as propagated by stale intellectuals, are creating paintings of truth and liberty like prophets.

May their path be traversed by more people:

Signatories (as of this moment):