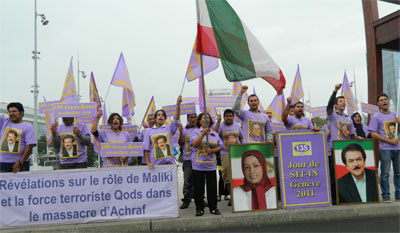 Tribune de Genève published 0n September 5, a report about the four-month-long presence of the Iranian dissidents (supporters of People’s Mojadedin Organization of Iran – PMOI) in front of UN Headquarters.  It contained a picture of Mrs. Maryam Rajavi, who offered flowers as a symbol of appreciation to the participants in the sit-in strike. The article wrote, “They still continue their strike.” 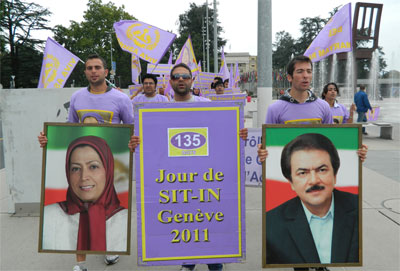 Iranians have been present for over 4 months now in front of the UN, Tribune de Genève added. They have come from different cities in the world and demand that the UN take over the protection of Ashraf residents.

Camp Ashraf is located 100 kilometers north east of Baghdad and houses the members of People’s Mojahedin Organization of Iran. The Camp has been under siege and frequent attacks since 2009.