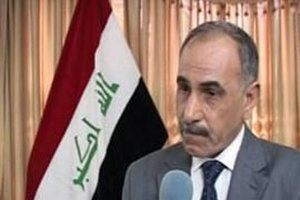 NCRI – A member of the Iraqi parliament has called on his country’s government to immediately release the seven Camp Ashraf hostages.

Iraqi MP, Ibrahim Matlaq, said in an interview on September 27 that the “Humanitarian and moral responsibility demands us to call for the release of seven refugees who were resident in Ashraf.”

“These innocent people were recognized as protected persons by United Nations and international law guarantees their protection. They are guests of Iraqi people and abducting and murdering them is an unacceptable act and a dangerous precedent.”

Mr Matlaq said: “It is the responsibility of the Iraqi government to quickly release the hostages of Ashraf.”

“International bodies should act according to their lawful responsibilities to free the hostages and provide protection to the refugees in Camp Liberty as well.”