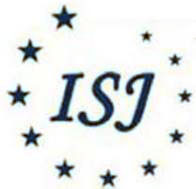 Alejo Vidal-Quadras, Vice President of the European Parliament and President of the International Committee in Search of Justice (ISJ), strongly condemned the massacre of Iranian defenceless opposition members in Camp Ashraf on Friday 8 April.

He said: “At least 31 of the residents were killed, but the numbers are rising. Over 300 were wounded at the hands of the Iraqi forces of Prime Minister Nouri al-Maliki, who has been rightly called the “dictator of the new Iraq”. These crimes are crimes against humanity and Mr Maliki must be prosecuted in an international court”.

“European Union and its High Representative were repeatedly warned well in advance about Mr Maliki’s intentions to massacre the Ashraf residents and several resolutions in the European Parliament on Ashraf had called on the EU and US to take urgent steps to prevent this bloodshed but no actions were taken by the EU leadership and the US authorities”.

“The US government and the Secretary of Defence Robert Gates who has been in Iraq this week, could have easily prevented today’s massacre by Maliki who took direct orders from the mullahs in Tehran. Their consent to these crimes is not acceptable and it is a stain on the American government that had given written commitment to each and every one of Ashraf residents regarding their protection”.

Vidal-Quadras called on the US government to help the wounded in their hospitals.
International Committee In Search of Justice
Brussels
8 April 2011

International Committee of In Search of Justice (ISJ) enjoys the support of over 4,000 parliamentarians throughout the world