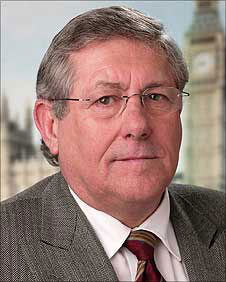 President Barack Obama is intent on fulfilling a commitment to withdraw most U.S. troops from Iraq by the end of this year.

That is an important milestone, but the administration should also think about what the United States is leaving behind. The only threat that can derail Iraq’s march toward democracy and consequently waste more than eight years of U.S. investment in Iraq is the Iranian regime’s aspirations to remodel Iraq in its own image.

There are troubling signs that the government of Prime Minister Nouri al-Maliki is consistently and deliberately gravitating toward Iran’s dictators. One of the most recent and striking confirmations has been al-Maliki’s absolute willingness to do the regime’s bidding regarding Iranian dissidents in Camp Ashraf, located 60 miles northeast of Baghdad.

The 3,400 residents of Ashraf are members of the main Iranian opposition Mujahedeen-e Khalq (MEK), which the regime considers to be a threat. They are unarmed civilians, and are considered “protected persons” under the fourth Geneva Convention.

In April, at the behest of the Iranian regime, al-Maliki ordered Iraq’s security forces to attack the camp. As a result of indiscriminate shootings and other unwarranted actions, 36 of the residents lost their lives and more than 350 were seriously injured.

Those wounded are now being denied medical care, risking further deaths, and an inhuman siege around the camp is seriously limiting medical supplies and fuel.

Earlier this month, when a senior U.S. congressional delegation visited Iraq to investigate the massacre at Camp Ashraf, al-Maliki curtly refused to allow them access and added that they are no longer welcome in Iraq for raising the issue.

This is not an issue solely about Iranian dissidents at Camp Ashraf. It is one about the future of Iraq, Iran, and the whole of the Middle East. The al-Maliki government’s flagrant disregard for human life, universal rights, and international laws should raise alarm bells in the West and especially in Washington. Clearly, after sacrificing both lives and resources, the last thing the United States wants is to leave Iraq in the hands of a fundamentalist government which acts as an Iranian proxy.

So, what can Washington do to ensure a democratic future for Iraq after the troop withdrawal?

First, the United States should shine the spotlight on Camp Ashraf, not only as the symbol of resistance for a democratic Iran, but also as a litmus test and an important criterion for three consequential factors: the Iraqi government’s commitment to international law, its respect for universal human rights and democracy, and its entrenched independence from Iran.

The United States should ensure the protection of Ashraf immediately as a message to al-Maliki that it will not tolerate cruelty and dictatorship in the new Iraq. Even as much as a dozen American soldiers stationed in Ashraf would be enough to ensure the protection of U.N. monitors tasked with monitoring the situation in the camp. The cost is minimal but the benefits are tremendous.

Second, the United States should remove the MEK from its terrorist listing in accordance with a July 2010 U.S. Court of Appeals ruling.

Perversely, the listing makes Washington an ally of Tehran in its fight against its democratic opposition. Both Tehran and Baghdad rely on the designation as an excuse to kill and suppress MEK supporters inside Iran and in Camp Ashraf, and Washington should not be complicit.

Third, as a long-term solution for Ashraf, the United States should reject the displacement of Ashraf residents within Iraq and instead support a European parliament plan that calls for the withdrawal of Iraqi troops from Ashraf, ending of the siege on the camp, and allowing access to medical resources for the wounded in Ashraf. The European plan also calls for negotiations on relocating the residents to Europe or North America.

International protection for Ashraf and the delisting of the MEK were vociferously supported by almost 100,000 Iranian exiles who gathered near Paris on June 18. The meeting was also attended by more than 100 parliamentarians and political heavyweights from across the world including former New York Mayor Rudy Giuliani, and the meeting should serve as a powerful impetus for immediate action in the White House.

If Washington acts, the future for democracy in Iraq will be strengthened and the popular uprisings in Tehran over a year ago, which triggered the Arab Spring across the region, will be enhanced, encouraged and freed from the restrictions which hold back the battle for freedom and democracy.

If Washington fails to act, the mullahs’ regime in Iran will be the beneficiaries.

Brian Binley is a member of the Conservative Party in the United Kingdom’s parliament.

Previous articleTehran conference nothing but a tactic to escape Iran’s support for terrorism in Iraq
Next articleAloosi: Joint committee for closing Ashraf is illegal and Zebari’s statements are unrealistic