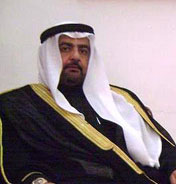 NCRI – The Movement for Justice and Reform announced that Tehran Conference for fighting against terrorism is nothing but Tehran’s attempt to evade accusations against Iran for its support of terrorism in Iraq, Al-Soumeria TV reported on June 25.

“In an interview with al-Soumeria News, Sheikh Abdullah Hamidi Ajil al-Yavar, Secretary General of the movement expressed astonishment that Iran was holding a conference against terrorism, because we know the Iraqi forces have discovered and confiscated arms and equipment made by Iran that are being used in terrorist operations in Iraq.

He made it clear that the Iraqi people by standing united, defeated Iranian plots for tribalism in Iraq, and that it would have been better for Talebani to have spoken of terrorism that Iran perpetrates to segregate and divide Iraq.”