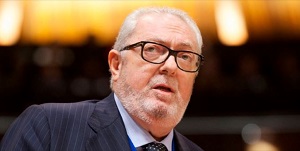 The Chairman of the EPP-CD Group in PACE, Pedro Agramunt, strongly condemns the killing of at least 20 people in shelling of Camp Liberty near Baghdad airport that provides shelter to thousands of defenseless Iranian refugees who have been kept in unsafe and inhuman conditions by the Iraqi Government over the past few years.

The attack is yet another gross violation of international humanitarian law, which clearly requires protection by Iraq and US.

Mr. Agramunt has repeatedly warned in the Council of Europe against the Iranian regime’s interference in Iraq and its interest to physically eliminate its opponents in Liberty.

This attack, along with other breaches of international law, must be swiftly investigated and those responsible held accountable. It is a moral outrage and a criminal act.

Restoring calm can be achieved through protecting urgently the residents of Camp Liberty as refugees in the European Union before they are all massacred by Iraqi forces under the control of the Iranian regime and by Iranian agents infiltrated in Iraq.

The Chairman of the largest political group in PACE repeats his demand to the Iraqi forces to immediately end the attacks and return to the path of peace. This madness must stop.

Mr. Agramunt sends his condolences to Mrs. Rajavi, the families of the killed and all the residents of Camp Liberty.