Warnings of another attack on Camp Liberty, Iraq 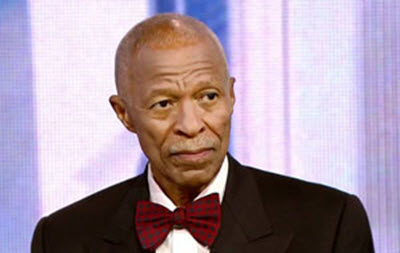 A letter addressing the US President Barack Obama and General Ban Ki-moon, the UN Secretary, received on August 19, warns against another attack on Camp Liberty in Iraq where Iranian political dissidents are claiming shelter.

According to a guest column in Augusta Free Press by Prof. Raymond Tanter (former member of the U.S. National Security Council Staff) and Col. (Ret.) Wes Marten (former antiterrorism/force protection for coalition forces in Iraq), the letter was signed by “a bipartisan group of 36 former national security officials.” Prominent figures of the U.S. politics, including Ed Rendell and Mayor Rudy Giuliani, were among those who had signed the letter. The letter expressed fear of another attack on Camp Liberty in Iraq, organised by Iran’s Ministry of Intelligence (MOIS) and Revolutionary Guard Corps (IRGC).

Despite the extreme danger that the dissidents of Iran’s ruling regime are facing at Camp Liberty, it will not be the first time that they come under such a threat. Following the July 9 rally, hosted by the National Council of Resistance of Iran in Paris, which attracted a following of 100,000 supporters, the media in Iran reported that “Camp Liberty must be targeted once again with a  number of missiles,” according to Otagh-e-Khabar.

Camp Liberty has seen the reality of such threats before. In February 2013, nine people died and over 50 were wounded, following rocket and mortar shells falling on the camp. More recently, in October 2015 at least 23 people were dead and dozens left with injuries after an array of rockets were launched on the camp. The Iraqi militia al-Mukhtar Army who claimed the responsibility for that particular attack also warned at the time that it may be repeated.

The way forward, proposed by Prof. Tanter and Col. (Ret.) Marten is to “follow-up bipartisan bills regarding Camp Liberty,” which include plans for safe resettlement of the Camp Liberty civilians in Albania. They also propose that the US Embassy should send its diplomats to Camp Liberty to address the threats. Above all, the August 19 letter to the White House should be taken very seriously, and a plan devised to protect the refugees claiming shelter at Camp Liberty.

Previous articleFormer Canadian Justice Minister, Hon. Irwin Cotler, Speaks about Canadian Resolution Regarding Iran
Next articleIran: Call to save 12 prisoners from execution and preventing of blinding eight other prisoners