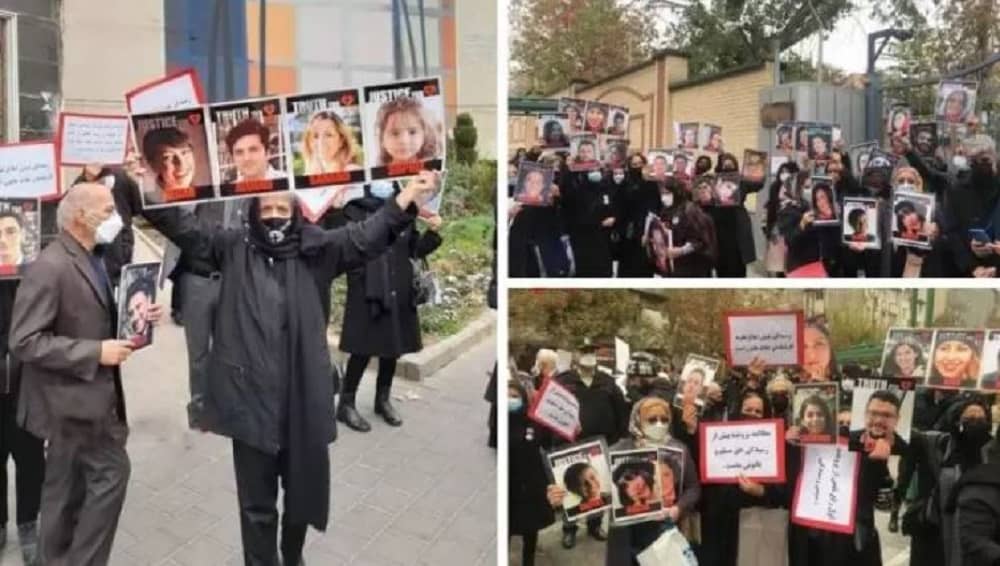 On Thursday, four nations that lost citizens on board Ukraine International Airlines Flight 752 (PS752) released a joint statement expressing frustration with Iran’s refusal to take actions that might bring justice for the 176 individuals who were killed what the airliner was brought down near Tehran by a missile belonging to the Islamic Revolutionary Guard Corps. “The Coordination Group’s patience is wearing thin,” the statement said before setting a deadline of January 5 for Iran to commit to providing reparations.

The statement also noted that in absence of a serious response, Canada, Sweden, Ukraine, and Britain would “have to seriously consider other actions to resolve this matter within the framework of international law.” It did not elaborate upon what these actions might be, but the familiar tools for exerting multilateral pressure on Iran and other nations include economic sanctions, downgrades to diplomatic relations, and legal action. The Iranian regime has incurred various default judgments in foreign courts after refusing to defend itself against accusations of terrorism and other criminal violations and resulting legal penalties have been assessed on Iranian assets frozen in foreign banks.

Although a Canadian investigation into the January 2020 incident concluded in June without finding evidence that it had been premeditated, the missile strike represents, at a minimum, criminal negligence on the part of specific IRGC personnel as well as the hardline paramilitary itself. Tehran previously attempted to get ahead of public outcry over the incident by announcing that criminal prosecution for the person or persons deemed responsible. However, those proceedings remained behind closed doors and quickly sparked even more public demonstrations to demand broader and more transparent accountability.

In response, the regime appeared to lean more heavily upon the blunt repression of that public outcry, much as it had done in the immediate aftermath of the missile strike. For approximately three days after the crash, authorities insisted that it had been the result of a technical problem unrelated to external factors. This narrative fell apart only after Western intelligence agencies revealed information pointing to a missile strike, which was backed up by footage captured and leaked online by at least one Iranian citizen.

That unnamed person was reportedly arrested later, in accordance with threats from the Iranian officials regarding the penalty for sharing information that could stir up negative public sentiment. Indeed, that sentiment soon found an outlet in large-scale protests spanning at least a dozen provinces and involving particularly vigorous participation by the Iranian student population. The scale of that unrest was noteworthy in its own right, but also because it came only about two months after a historic crackdown on the nationwide uprising of November 2019, during which authorities killed approximately 1,500 people in mass shooting incidents.

The protests in mid-January 2020 took explicit aim at the IRGC, with some participants even burning public banners depicting the late head of the organization’s foreign special operations division, the Quds Force, who had been killed in a US drone strike at the beginning of the month. In this sense, the domestic response to the Flight 752 posed a challenge to state propaganda depicting Qassem Soleimani as a universally lauded hero. It also challenged the IRGC’s image as a guarantor of public stability, insofar as students showed a willingness to protest it directly in spite of the fact that it had been primarily responsible for the mass killings two months earlier.

It is no doubt largely because of these effects that reports in May from international human rights defenders found that Iranian authorities had been harassing and abusing the families of those Iranians killed on board the Ukraine Airlines flight. This sort of harassment is a longstanding feature of Tehran’s response to dissent and often serves to prevent the families and supporters of victims and activists from speaking to the media, especially international media, about the incidents in question.

In the case of the Flight 752 disaster, however, the effects of this harassment are necessarily limited by the fact that the vast majority of the victims were either citizen of foreign nations or have substantial connections to them. More than 130 were citizens or residents of Canada, which has therefore led the way in pushing for accountability and reparations.

The downing of Flight 752 arguably has implications for multiple issues already of interest to the US, including the IRGC’s proliferation of ballistic missiles and other weapons. The US Treasury Department announced on Thursday that it had imposed new sanctions on several companies that are alleged to have supported Iran’s Defense Ministry or paramilitary institutions. Three are specifically alleged to have facilitated the development of ballistic missiles by exporting US-origin components to Iran via China.

The new sanctions come amidst renewed negotiations in Vienna over Iran’s nuclear program, during which Iranian officials have demanded that the US lift all sanctions immediately and without condition, including sanctions that are not directly related to Iran’s enrichment and stockpiling of nuclear material.

Previous articleIran: Teachers To Remain Under the Poverty Line, Regardless of Whether Regime Parliament Adopts Ranking Bill
Next articleIran: Coronavirus Deaths Has Reached 489,400