On January 8, the Iranian regime launched a volley of missiles at an American military base in Iraq in supposed retaliation of the killing of its top terrorist commander Qassem Soleimani by a U.S. drone strike five days earlier.

Hours later, an air defense unit of the Iranian regime’s Revolutionary Guards (IRGC) in Tehran shot down Ukraine International Airlines flight PS752 with two surface-to-air missiles, killing all 176 passengers and crew on board.

Iranians have a tradition of marking the 40th day after their loved one’s deaths. Many in Iran, including the families of the victims, intend to hold ceremonies on February 17, knowing regime officials and authorities have warned against such gatherings and there is a strong possibility of arrests.

On February 14, 2020, in an interview with NBC, Mohammad Javad Zarif, the regime’s foreign minister said Iran can’t decipher the black box from a Ukraine plane shot down by Iran without help, but won’t hand it over to the U.S. or others.

Lacking the necessary technology, and refusal of handing over the black boxes to a foreign country for evaluation escalates the suspicions of Iran’s intentions to cloak the role of its senior officials – including Supreme Leader Ali Khamenei and President Hassan Rouhani – and the IRGC in this horrendous tragedy.

This case has evolved into a domestic and foreign crisis for the regime. Based on new reports obtained by the internal network of Iran’s main opposition group, the People’s Mojahedin Organization of Iran (PMOI-MEK), even the regime’s own air travel experts are protesting the fact that officials allowed passenger flights to continue despite the fact that the IRGC had conducted missile attacks against military bases housing U.S. troops in Iraq. Based on military norms all passenger flights should be canceled during such military confrontations.

These experts are holding Khamenei, and senior IRGC commanders including IRGC chief Hossein Salami and missile units chief Ali Hajizadeh, responsible in this regard.

Furthermore, the regime’s Supreme National Security Council (SNSC), chaired by Rouhani himself, was fully informed about the missile attack. This makes the SNSC and Rouhani directly involved and complicit in the regime’s atrocious crime of downing the PS752 passenger flight. It is worth noting that following the downing of the Ukrainian plane, all SNSC members, including Rouhani, Foreign Minister Mohammad Javad Zarif, Intelligence Minister Mahmoud Alavi, and other council members were complicit in the cover-up of the regime’s role.

A DELIBERATE DECISION, LIES, AND COVER-UPS

Flight and radar experts in Iran believe this incident was completely preventable. Deliberate decisions made by senior regime officials transformed the entire matter into a major catastrophe.

One Tehran air control expert says representatives of the IRGC, and the regime’s classic army are constantly present in the flight control tower of Tehran’s Khomeini International Airport. Any unscheduled flight is immediately brought to the control tower’s attention. The fact that IRGC Aerospace Force commanders refused to inform the control tower about the January 8 missile launches was definitely a deliberate move, according to these experts. It is quite telling that another plane passing over the Khomeini Int’l Airport’s airspace witnessed the missile launches and even informed the control tower about this incident.

Another issue raised by the regime’s air traffic control experts is the fact the Ukrainian airliner was flying on a completely routine route according to schedule. All of the regime’s air defense apparatus is informed about passenger flight paths. Therefore, shooting down a passenger plane on such a routine path is considered completely abnormal and unacceptable.

The IRGC claims their missile defense system mistook the plane for a cruise missile. Airplane experts inside the regime believe this is nothing but a deceptive justification by the IRGC and describe such remarks as completely intolerable. The plane’s dimensions and its constant flight path gaining altitude makes it crystal clear the IRGC is lying about such a claimed mistake.

Local eyewitnesses say one of the measures quickly implemented by the IRGC to further cover-up the crime was dispatching bulldozers to completely raze the crash site. This destroyed much of the highly sensitive and vital evidence/information that could have been obtained from the wreckage, further angering family members and friends of the plane’s 176 victims.

International laws make it clear that a tri-party team consisting of the country where the plane has crashed, the jet’s manufacturing country and the country owning the plane should be established to review the evidence, including the black boxes. It is quite obvious that Iran’s refusal to hand over the black boxes is further hindered in the investigation process, knowing the evidence will be damning for the regime and the IRGC.

This adds to the public anger over 72 hours of constant lies delivered by senior regime officials claiming to be unaware of the reason why the plane was downed. It is now crystal clear that all officials were fully informed the PS752 flight was downed by two IRGC surface-to-air missiles and their responses on this issue were aimed at deceiving the angry public to keep a lid on possible protests that eventually erupted.

Less discussed in international and Iranian media is the fact that one of the Iranian regime’s largest ballistic missile sites is located close to the Khomeini Int’l Airport in the Bidganeh area. This played a major role in the downing of the Ukrainian airliner.

Reports indicate flight PS752 was shot down by an IRGC air defense unit located southwest of Tehran. Brigadier General Valad Bigi is the commander of the IRGC Aerospace complex in this area and air defense units under his command downed the Ukrainian passenger plane.

A number of important IRGC Aerospace bases are located in this large complex, including IRGC Aerospace missile brigades, the regime’s ballistic missile caches, and a vital IRGC missile research and development site.

This array of bases is located inside a heavily fortified IRGC complex separated by a security fence fortified with barbed wire. The IRGC has stationed a large number of air defense units in this area due to the sensitivity of the regime’s ballistic missile cache.

A large number of air defense units include various anti-air batteries and surface-to-air missiles such as Tor-M1 units. This area is located only a few kilometers away from the Khomeini International Airport and most international flights gain altitude in the airspace over this IRGC complex.

The fact that these sites are located so close to the Khomeini Int’l Airport portrays the important role played by this IRGC missile complex in the downing of the Ukrainian airliner. The base of the 99th Air Defense Group associated with the regime’s classic army ground forces is located south of this site.

In November 2011 a massive explosion at this location left dozens of missile commanders killed and injured. The explosion was so severe that areas of Tehran were shaken as a result. As a result, the PS752 flight downing is the second massive catastrophe affiliated to this major missile complex. 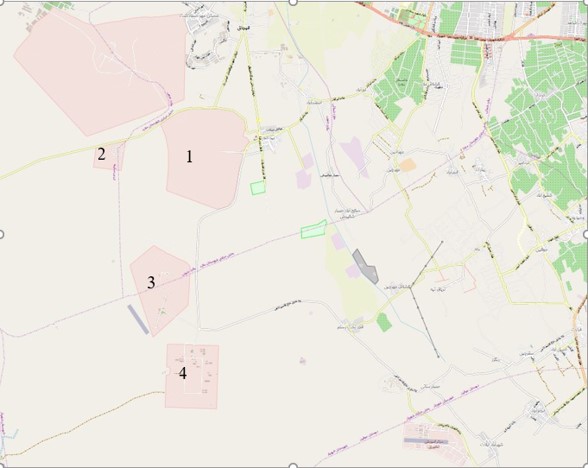 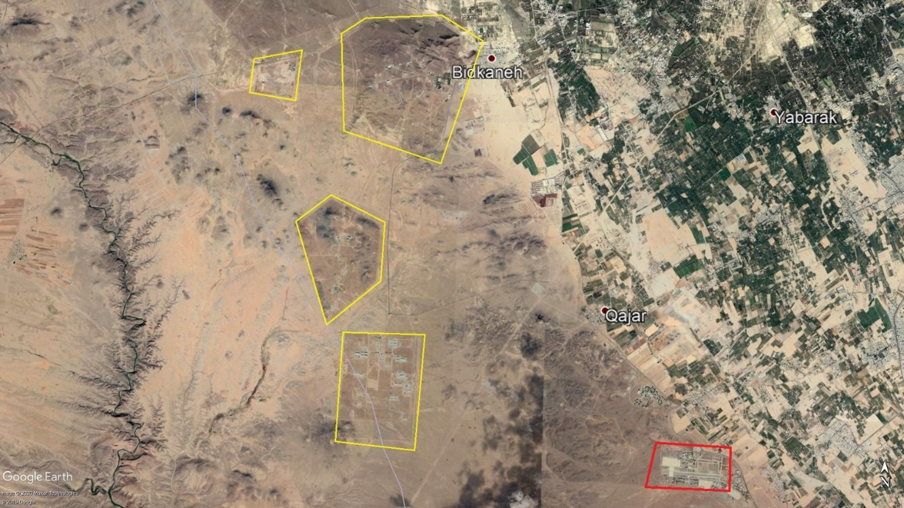 Fort Al-Mahdi: The IRGC’s 7th Hadid Missile Group is stationed at this site. North Korean experts have secretly visited this fort to provide training and inspect the regime’s ballistic missile warehouses (this includes Shahab-3 and other similar missiles).

Fort Al-Mahdi is one of the regime’s largest missile centers and was first unveiled on June 20, 2017 at a press conference by the Iranian opposition coalition National Council of Resistance of Iran (NCRI). 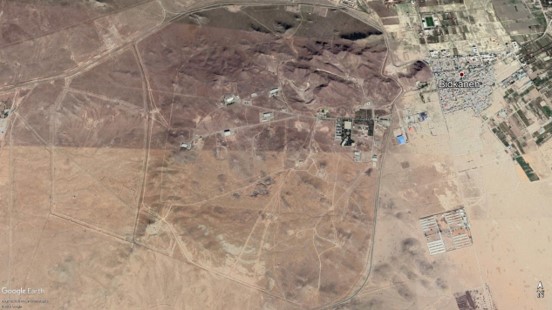 Fort Modares: This site, formerly known as the IRGC’s Fort Amiralmomeneen and Fort Etqedar, is located west of Fort Al-Mahdi. This area was previously used as the IRGC’s missile research and development center. On November 12, 2011, an explosion in a missile warhead system killed IRGC missile chief Brigadier General Hassan Moghaddam Tehrani and dozens of others. Currently, this site is used for IRGC Aerospace Force ceremonies and all research and development work previously conducted at this site have been transferred to Fort Falaq. 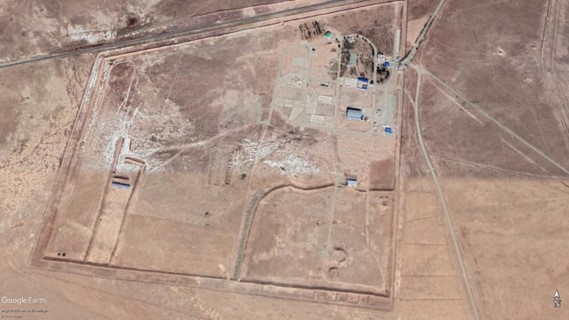 Fort Sajjad: This base, located in a hilltop-mountainous region, is associated to the IRGC Aerospace Force and home to the IRGC 19th Zolfaqar Missile Group. Naze’at rockets and IRGC drones are held at this site. IRGC air defense units are stationed around this fort, further indicating its importance. 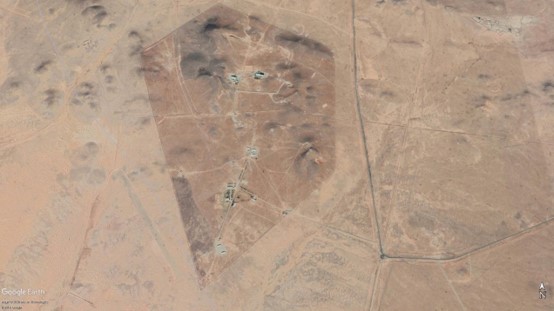 Fort Falaq: This site, located south of Fort Sajjad, is affiliated to the IRGC Aerospace research and development branch. The IRGC missile research complex was transferred to this following the explosion at Fort Modares. 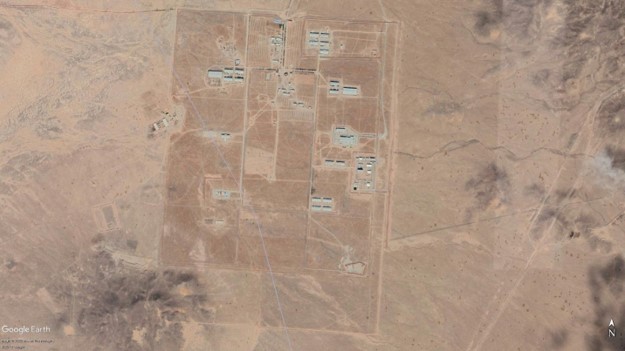 Previous article
Notorious Agent of MOIS and Tehran Embassy in Albania in Hotel Evin in Iran
Next article
Latest News in Brief – February 16, 2020