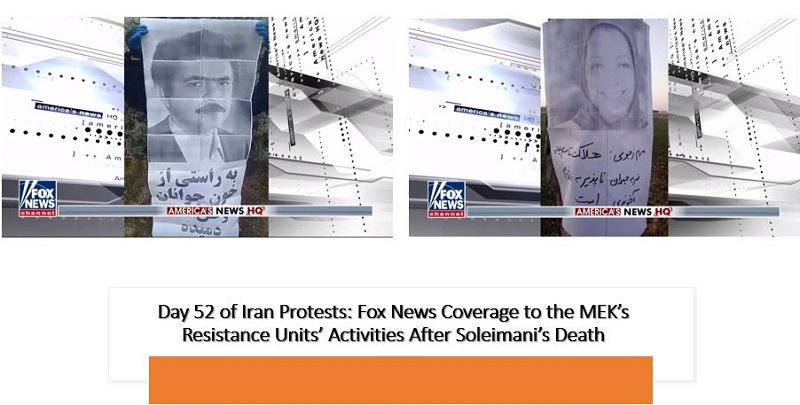 Sunday, January 5, 2020, marks the 52nd day since the beginning of the nationwide Iran protests.

Fox News channel in its news program on Saturday, gave coverage to the People’s Mojahedin Organization of Iran (PMOI, Mujahedin-e Khalq or MEK) “Resistance Units” activities and the Iranian people’s happiness after death of Qassem Soleimani.

The People’s Mojahedin Organization of Iran (PMOI/MEK) has identified 615 of the more than 1500 protesters killed by the regime so far.

Names of 15 women among the new list of martyrs of Iran protests.

The names of 704 of the 1,500 protesters killed during Iran uprising in November have been announced by the Iranian Resistance.

NAMES OF 59 MORE MARTYRS OF THE NATIONWIDE UPRISING

704 OF THE VICTIMS HAVE SO FAR BEEN IDENTIFIED

The People’s Mojahedin Organization of Iran (PMOI/MEK) released the names of 59 more martyrs of the November uprising that swept 191 cities across Iran, bringing to 704 the number of those killed, who have been identified so far.

Some 50 days after the uprising and despite domestic and international calls, the Iranian regime, fearing the repercussions of committing a crime against humanity, refuses to announce the number of those killed, wounded and detained. The latter are under brutal torture in different prisons to force them to make televised confessions. 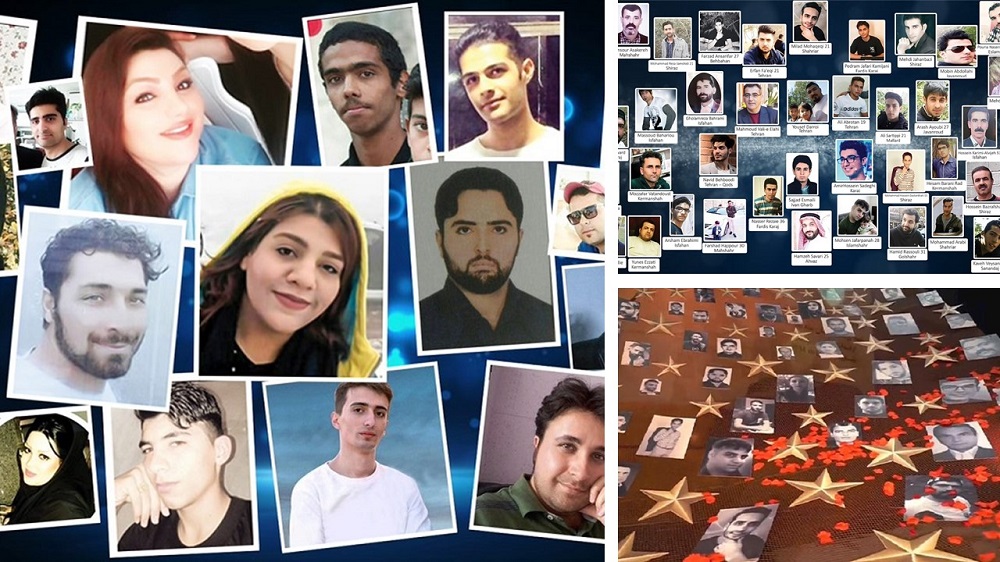 Fox News channel in its news program on Saturday, gave coverage to the People’s Mojahedin Organization of Iran (PMOI, Mujahedin-e Khalq or MEK) “Resistance Units” activities and the Iranian people’s happiness after death of Qassem Soleimani.

Names of Three Women, a Young Girl Among Martyrs of Iran Protests.

Read more: Day 51 of the Iran Protests for Regime Change