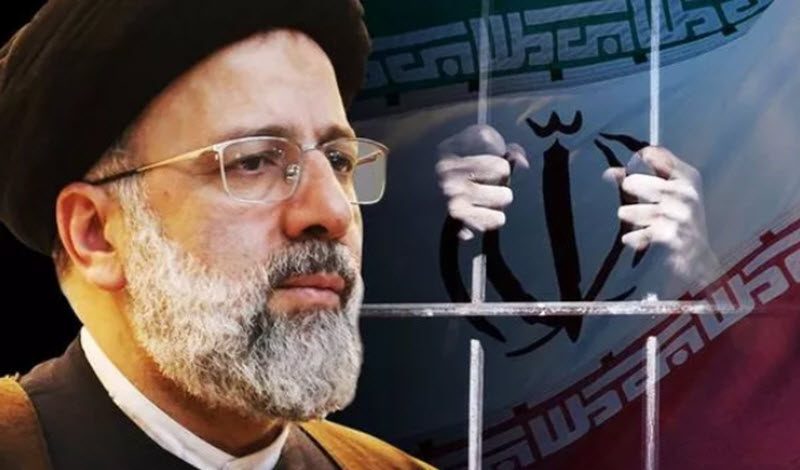 On Tuesday, Ebrahim Raisi was sworn in as the regime’s new president, and the term of the mullahs’ president Hassan Rouhani officially ended.

Raisi rose to power in a theocratic regime and through an undemocratic process. While the regime’s Supreme Leader officially recognized Raisi and Iran’s new president, he had chosen him long before the sham election.

Raisi is known in Iran and around the globe for his dark record of human rights violations. His inauguration comes days after the Iranian regime executed 18 individuals.

On Sunday, Mohammad Ali Sharifi was hanged in Jiroft Prison after serving 16 years in prison. On the same day, two other prisoners, Hassan, 57, and Ali, 61, were executed in Mashhad Prison.

The rising trend of executions in Iran is not limited to the recent days. Since Raisi became the regime’s Judiciary chief in 2019, the regime’s human rights violations entered a new level. During the major Iran protests in November 2019, in addition to killing over 1500 protesters, the regime arrested nearly 12,000 protesters.

“police, intelligence, and security agents and some prison officials used widespread torture and other ill-treatment against men, women, and children, both during arrest and later in detention centers and prisons across the country. Amnesty International found that detainees were most at risk of torture and other ill-treatment in interrogations during their initial period of detention, in conditions amounting to enforced disappearance,” the Amnesty’s report read in part.

Raisi, as the regime’s judiciary chief, oversaw this entire crackdown. In recent years, the ongoing human rights violations in Iran and Raisi’s presidency indicate systematic impunity that regime officials enjoy. On June 19, following the regime’s announcement that Raisi has become the president, Amnesty International’s Secretary General Agnès Callamard underlined that his presidency “is a grim reminder that impunity reigns supreme in Iran.”

Today Raisi was sworn in as the regime’s president, while 33 years ago, during the same time, he sent thousands of prisoners to the gallows. Their crime was only refusing to abandon their ideals of having a free country. The victims were mostly the supporters and members of the People’s Mojahedin Organization of Iran (PMOI/MEK).

Ms. Callamard also underlined Raisi’s role in the 1988 massacre of over 30,000 political prisoners as a member of the death commission.

As Amnesty International’s Secretary-General underlined, “It is now more urgent than ever for member states of the UN Human Rights Council to take concrete steps to address the crisis of systematic impunity in Iran including by establishing an impartial mechanism to collect and analyze evidence of the most serious crimes under international law committed in Iran to facilitate fair and independent criminal proceedings.”

The current impunity that Iran’s authorities are enjoying is due to the international community’s inaction regarding human rights violations.

This fact was highlighted in a letter by Seven United Nations human rights experts, published in December 2020. They underlined that the international community’s failure to act vis-à-vis the 1988 massacre “had a devastating impact on the survivors and families as well as on the general situation of human rights in Iran,” they said, adding that it also emboldened the regime to continue covering up aspects of its human rights record.”

Raisi’s presidency today, the systematic human rights violation in Iran since 1988 are some of the devastating impacts of the international community’s failure in holding the regime accountable.

It was announced today that Enrique Mora, one of the European Union’s senior officials to attend Raisi’s inauguration on August 4. In this regard, Josep Borrell, the EU’s chief diplomat, said: “It is crucial to engage diplomatically with the new administration and pass directly important messages.”

The EU’s stance on Raisi’s presidency, while many human rights organizations call for his accountability, is a disgrace for the EU.