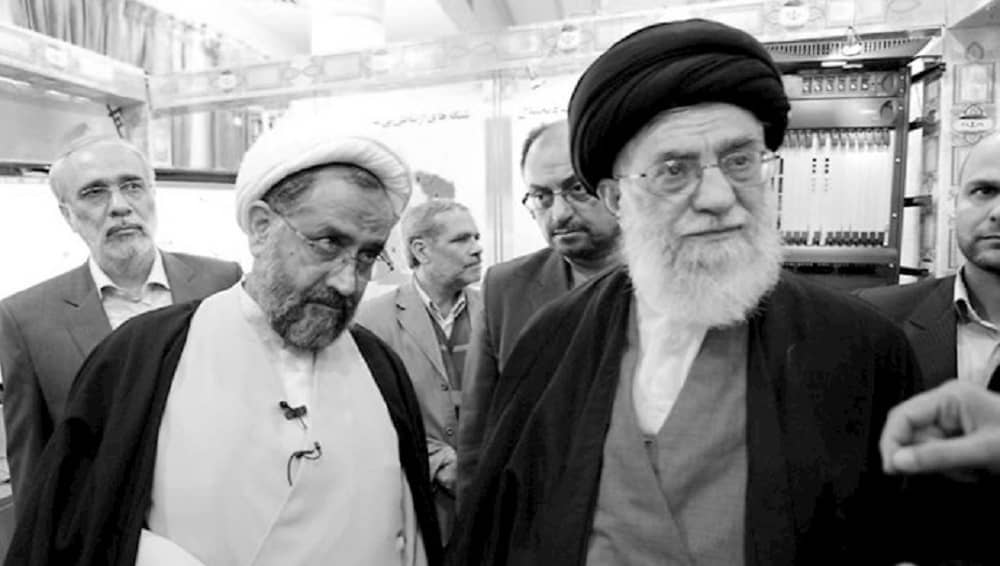 Days before Iran’s sham presidential election, the regime’s infightings have increased. Amid their infighting, the regime officials acknowledge that election in Iran under the mullahs’ regime is a farce.

On Monday, Heidar Moslehi, the former minister of intelligence, acknowledged that in 2013 how the Guardian Council disqualified Akbar Hashemi Rafsanjani, one of the regime’s highest officials, because it was not “beneficiary to the system’s interests.” Moslehi remarks further underlined that free elections in Iran under the mullahs’ regime are a myth, and all elections are engineered.

In the run-up to the current sham election, the regime’s Guardian Council disqualified many candidates, despite their dark record of human rights violations and role in terrorism. The regime’s Supreme Leader, Ali Khamenei, decided to eliminate all candidates of the rival faction or even his faction because he intends to pull Ebrahim Raisi out of the ballot box to consolidate power in his moribund regime.

The Iranian regime has never held a free and fair election. The entire sham election process is the façade of a brutal regime that has oppressed Iranian people since 1979. The ruling theocracy has not the slightest issue in common with democracy and democratic values. In other words, election in Iran is a travesty and a selection process by Khamenei, who is unelected. Khamenei controls the Guardian Council, an unselected vetting body that is tasked with qualifying candidates.

In May 2021, Hassan Abbasi, a figure close to Khamenei, acknowledged the paradox of holding the election in the ruling theocracy.

“We have a problem which began during Mohammad Khatami’s tenure and in the fifth parliament back in 1997. The problem was that we accepted the western democracy’s model of the election,” Abbassi said, underlining this contradiction in the regime.

The Iranian Resistance has long underlined the fact election in Iran under the mullahs’ regime does not exist. In recent months, the People’s Mojahedin Organization of Iran (PMOI/MEK) has popularized the call to boycott the regime’s sham election through its Resistance Units.

The state-run Farhikhtegan daily on Tuesday echoed the regime’s fear of “The Resistance Units [activities], [the opposition] spreading doubts about the election and its results, calling to boycott the election, activities on social media and creating an atmosphere of frustration of the current situation, holding protests in front of the [regime’s] embassies abroad,” which would have “consequences” for the regime.

Following the major Iran protests in 2018 and 2019, particularly the killing of 1500 protesters in November 2019, the Iranian people’s conflict with the regime reached an irreversible point. As election day approaches, more Iranians join the campaign to boycott it. Ongoing protests in Iran by people from all walks of life is a sign of society’s restiveness. Family members of the victims of the November protest have been calling for boycotting the regime election, underlining they “neither forgive nor forget” what the regime did in November 2019 and the past 40 years.

“The scar and wound of the November 2019 incident are fresh. The exact details of the bloody days of November 2019 have not been published yet, and at the same time, no one in the different branches is willing to take responsibility for the decisions made those days. The death toll in November 2020 is still in limbo,” wrote the state-run Hamdeli daily on Monday.

So, Khamenei intends to consolidate power in his regime to face this restive society that “neither forget, nor forgive,” the regime’s crimes. Oppressing this restive society with having a person like Raisi as president would only increase the society’s restiveness and result in another nationwide uprising.