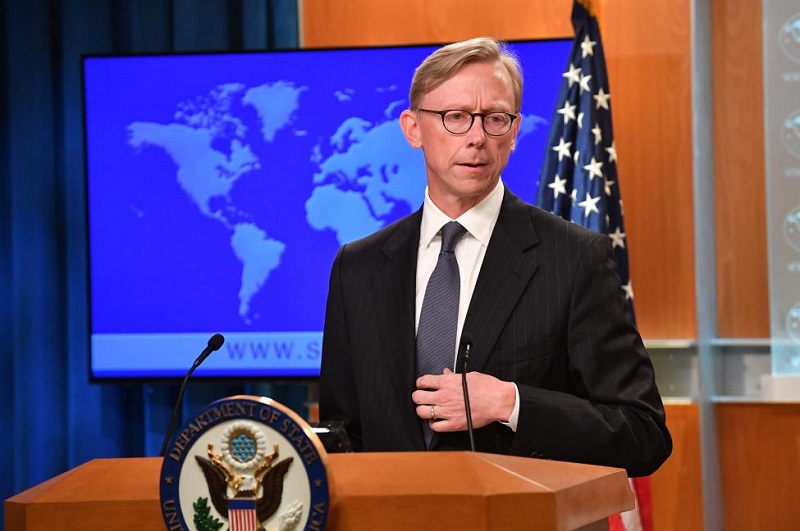 Brian Hook, the head of the United States State Department’s “Iran Action Group,” once again underlined Washington’s determination in continuing sanctions against Iran’s regime, in order to bring it to the negotiation table.

He also revealed that Iran’s regime “has spent over 16 billion dollars supporting Assad and proxies in Syria and Iraq”.

Mr. Hook in an interview with Saudi Arabia’s Al-Arabiya channel on October 9, highlighted that Washington will continue its sanctions against Iran’s regime and this is a consequence of the regime’s destabilizing behavior in the Middle East. “We’re going to keep imposing sanctions on Iran until we’re able to get a new and better deal to replace the Iran Nuclear Deal that we left in May of last year,” he added.

Hook: You Can Work With US or #Iran Regime; Not Bothhttps://t.co/KEhJm8Uvff pic.twitter.com/cWEuzuwnyt

He underlined how sanctions have weakened the Iranian regime’s economy in comparison to two years ago. He said: "Just one year after leaving the deal, there are press accounts that you may have seen of Iran’s oil exports going from 2.5 million to about 125,000 barrels."

While speaking on how the United States announced the creation of a new Iran Humanitarian Trade with Switzerland and Swiss banks to facilitate exemptions to the sanctions regime around food and medicine and medical devices, Hook called the U.S. sanctions on Iran response to regime’s “destabilizing behavior.”

Hook reiterated the U.S. has targeted the regime’s missile program as the “largest missile inventory of any country in the Middle East.” He referred to the number of Iranian diplomats expelled from Europe for conducting terror operations or terrorist attempted attacks and said the U.S is surveilling them.

After the withdrawal of the United States from the 2015 Iran nuclear deal with world powers, formally known as the Joint Comprehensive Plan of Action (JCPOA), the United States not only restored the previous sanctions against the Iranian regime but added further sanctions to them. This included sanctions against the regime’s Supreme Leader Ali Khamenei, Islamic Revolutionary Guards Corps (IRGC) and the regime’s Foreign Minister Mohammad Javad Zarif.