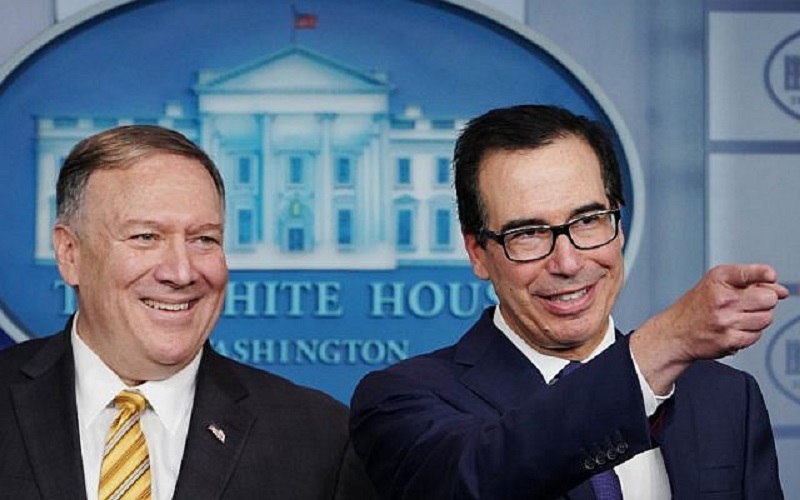 The United States Treasury on Monday imposed sanctions on the Iranian regime’s Armed Forces General Staff and nine individuals “who are appointees of, or have acted for or on behalf of, Ali ‘s government

The 1988 massacre resulted in the death of some 30,000 political prisoners, primarily affiliated to the main Iranian opposition group People’s Mojahedin Organization of Iran (PMOI), otherwise known as the Mujahedin-e-Khalq (MEK).

“Today, OFAC designated Ebrahim Raisi, the head of Iran’s Judiciary, who was appointed by the Supreme Leader in March 2019. OFAC designated the former head of Iran’s Judiciary Sadegh Amoli Larijani Larijani in January 2018 pursuant to E.O. 13553 for his administrative oversight over the executions of individuals who were juveniles at the time of their crime and the torture and other cruel, inhuman, or degrading treatment or punishment of prisoners in Iran, including amputations.”

“According to a United Nations report, Iran’s Judiciary sanctioned the execution of seven child offenders last year, and two so far in 2019, despite human rights law prohibitions against the death penalty for anyone under age 18. There are at least 90 child offenders currently on death row in Iran.”

“Previously, as deputy prosecutor general of Tehran, Raisi participated in a so-called ‘death commission’ that ordered the extrajudicial executions of thousands of political prisoners in 1988.”

“Mojtaba Khamenei, the second son of the Supreme Leader, is designated today for representing the Supreme Leader in an official capacity despite never being elected or appointed to a government position aside from work in the office of his father. The Supreme Leader has delegated a part of his leadership responsibilities to Mojataba Khamenei, who worked closely with the commander of the Islamic Revolutionary Guard Corps-Qods Force (IRGC-QF) and also the Basij Resistance Force (Basij) to advance his father’s destabilizing regional ambitions and oppressive domestic objectives.”