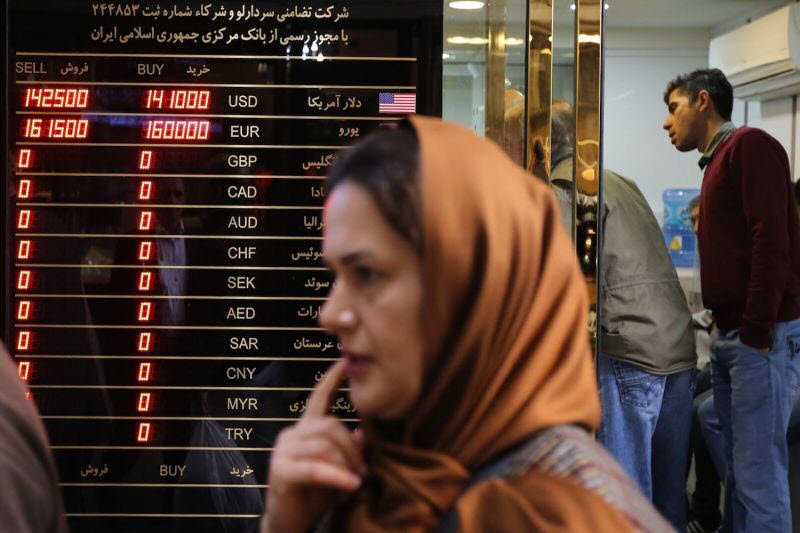 Between March 2018 and March 2019, goods and services in Iran became 47.5 percent more expensive, so as the Iranian year ended on March 20th, ordinary Iranians face the price increases of nearly 50 percent of the past 12 months, and wonder what the future will bring. It appears that this is the highest inflation of the past five years, according to a report by the Iran Statistical Center on March 21st.

The report also revealed that inflation for food and drinks is at 73.2 percent for the same 12-month period. This is shocking, as working-class families have seen very little increase in the minimum wage, especially in comparison to inflation.

The high rate of inflation is primarily due to the devaluation of its currency. The four-fold drop of the rial in relation to the dollar and other major currencies in 12 months means that the import of raw materials for production has become more expensive. The government does subsidize “essential commodities” by providing cheap dollars to selected importers, but two factors prevent the subsidy from keeping inflation lower.

• The subsidy cannot cover all needed imports, and goods are purchased with expensive dollars.

• Retailers and merchants who receive the imported goods sell everything at higher prices.

In an economic environment of such overwhelming uncertainty, no one wants risk more devaluation. Additionally, there is the element of speculative opportunism, made possible by a less than fully competitive and a semi-closed economic system.

When US President Trump pulled out of the Iran Nuclear Deal and reimposed economic sanctions, the steep devaluation began. Iran experienced serious capital outflows in late 2017 and early 2018, and ordinary citizens and businesses began to hoard foreign currencies.

In November 2018, when the sanctions were fully implemented, Iran’s oil and other exports dipped 50 percent, which reduced its ability to keep currency exchange rates lower.

In his New Year message, Iran regime’s president Hassan Rouhani pledged to control inflation and boost the rial, but many believe this is impossible. In fact, ordinary people and independent economists believe real inflation figures are even higher than what is officially announced.

A professor at John Hopkins University who studies the Iranian economy, Steve Hanke, believes Iran is in the throes of hyperinflation. He estimated that real inflation hit 150 percent in May 2018 and climbed to as high as 400 percent before coming down to 250 percent in September. While other economists as less pessimistic, Iranian experts abroad believe that statistics are under reported by the Iran regime’s institutions, in an attempt to reduce their negative impact.