Iran Food Prices Rise by 230% in One Year 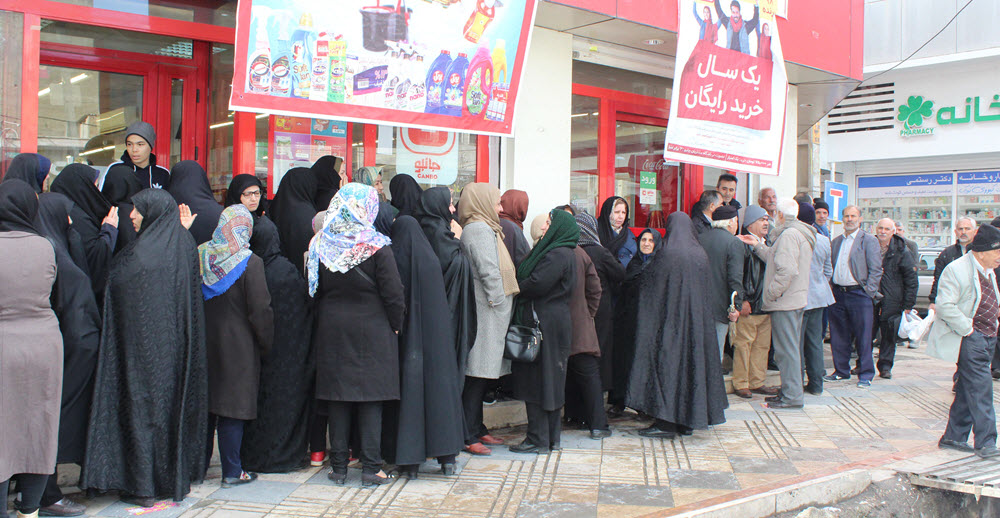 The price of food in Iran has risen by as much as 230% compared with the same month last year, according to the country’s official inflation statistics.

The Statistical Center of Iran’s information on inflation for the Persian month of Bahman (January 21- February 19), carried by the state-run ISNA state-run news agency, show that all food prices have increased considerably compared with the same month last year and even compared with the previous month.

While onions saw the biggest price increase compared with the month ending January 20 at 22.1%, while the cost of cucumbers rose by 21.3%, tomatoes increased by 20.1%, and lamb meat increased by 15.6%.

According to the report, the average price for foodstuffs during Bahman was as follows:

Of course, food is not the only thing seeing prices soar in Iran.

Tasnim news agency, which is affiliated with the Revolutionary Guards Corps (IRGC), announced this week that city bus fares would increase by 20% from March 16, which is just days before the Nowruz (Persian New Year) holidays, when most Iranians would travel to visit family members.

Iranian workers are some of the most underpaid in the world, often only receiving $100 per month and, according to the assistant head of the East Azerbaijan Coordination Center for Islamic Labor Councils, this only meets 28% of the workers’ basic needs (i.e. shelter, food, clothing).

This is coupled with the problem that Iranian workers are not only seeing their purchasing power reduced significantly but in many cases seeing their wages delayed by months.

Habib Sadeghzadeh Tabrizi said that over 14 million workers will begin the New Year with delayed paychecks. He speculated that a wage increase could restore the livelihood conditions of workers, but the Regime is unlikely to increase the real-terms pay of the workers.

This is despite the fact that Iran is one of the richest countries on earth in terms of natural resources.