Iran: IRGC Says, Khamenei Has Not Restricted Their Economic Activities 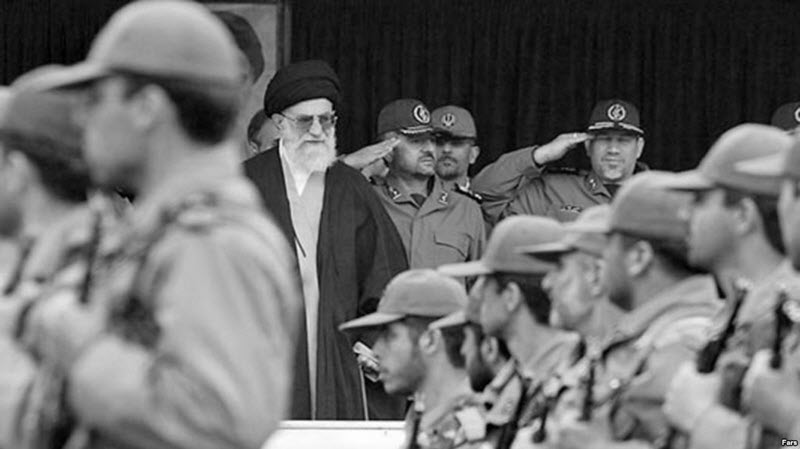 NCRI – A senior member of Iran’s Islamic Revolution Guards Corps (IRGC) has claimed that he knows nothing about a decree from regime’s Supreme Leader Ali Khamenei that calls on the country’s so-called security forces to move their investment holdings and commercial assets to the private sector.

Mohammad-Saleh Jokar, the deputy head of IRGC in parliamentary and legal affairs, said: “I was unable to find such a declaration and have not seen it. I do not know where this report – which you say the defence minister has announced – has come from.

On January 20, Iran’s defence minister Hatami said that Khamenei had ordered the IRGC to rein in its growing business empire and ditch commercial assets that are not relevant to its mission.

However, two senior IRGC officials (including Jokar) have denied any knowledge of this edict.

Jokar said: “The issue is that this report says that Sepah [IRGC] and Artesh [regular army] have economic activities, which is questionable!”

Jokar, a former commander in the Student Basij (a militant arm of the IRGC), argued that “all of Sepah’s (IRGC) activities are construction work that is carried out through the Khatam al-Anbia Construction Base” and claimed that these projects are not designed to generate profit for the IRGC.

In contradiction, Esmail Kowsari, the deputy commander of IRGC’s Sarallah Unit, which is responsible for Tehran’s security, argued that all of the IRGC economic activities are “relevant” to their mission and therefore legal.

He said: “The construction activity of Sepah [IRGC] is based on Ayatollah Khamenei’s permission.”

Khamenei has not commented on the issue.

Well, there is significant debate over the IRGC’s economic role in Iran and there is significant evidence that the IRGC controls a staggering amount of the Iranian economy, as well as significant economic activities in other countries.
The areas that they have control over include but are not limited to energy, construction, telecommunication, media, mining, electronics, automobile, and banking.

The IRGC has in the past argued that their economic activities are aimed at helping the poor, but in reality, the IRGC spends most of its revenue on war and conflict both inside and outside Iran.