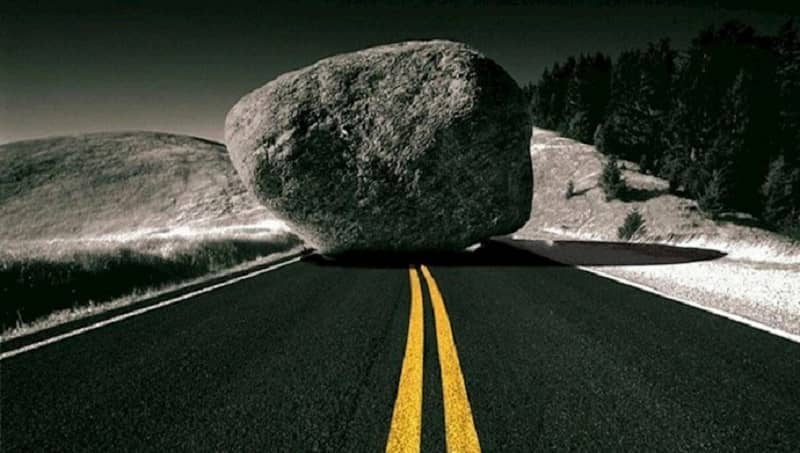 Saturday marked the beginning of the new Persian Year of 1400. Facing a restive society and being in international isolation, the regime’s top officials acknowledged their deadlock. Remarks of the regime’s president and Supreme Leader also displayed their factional feuding.

The regime’s President, Hassan Rouhani, underlined the regime’s international isolation and economic deadlock in his speech on Nowruz. “The [Persian Year of] 1399 was the [regime’s] worst year of selling oil in the past 60 years. I do not recall a year as difficult as 1399 in terms of economic hardships.” Rouhani said.

Rouhani, as always, tried to blame sanctions as the reason for Iran’s dire economic situation. Nevertheless, this claim has been rejected by the regime’s state-run media many times. “Many experts believe that Iran’s economy is sick. But are the country’s economic problems being really due to foreign sanctions? If we review the words of the experts, we will come to the answer which is ‘no'” wrote the state-run Arman daily on Tuesday, in an article entitled “People pay government’s inaction.”

In an apparent contradictory saying, Rouhani bogusly claimed Iran’s economy under his government in 1399 has had 2.2 positive growth, while he had earlier complained about a “difficult” economic situation.

“In a year when many of the world’s most powerful economies had [economic growth of] negative 10% in their record, the [regime] recorded a positive economic growth of 2.2%,” Rouhani claimed.

“Long queues [for purchasing basic needs such as poultry], skyrocketing prices and shortages of food items in the market and a few hundred percent increases in fruit prices are just some of what happened to Iranian families last year. While we are reaching the end of [the Persian] year, important economic indicators such as liquidity, inflation, and economic growth do not show promising figures. Despite the positive economic growth rate of 2.2%, the inflation and liquidity rate, by the end of February this year, have been 34.2 percent and 3300 thousand billion tomans, respectively. This could be a warning sign of rising inflation next year,” the state-run Etemad daily on Thursday had already rejected this claim.

Meanwhile, facts and figures acknowledged by the regime’s state-run media tell the opposite of what Rouhani claimed.

According to the state-run Resalat daily article on February 28, “More than 50% of the country’s population suffers from low wages and cannot afford food, let alone housing, clothing, travel, medicine, and treatment, or education.”

“The high cost of currency and domestic economic problems prevented many people from eating nuts on the eve of Nowruz. The price of each kilo of nuts in Tehran and supply stores has now reached 3,600,000 rials, which has taken away the ability to buy from many people, such as workers, employees, etc.,” wrote the state-run Kasbokar daily on Thursday.

The Iranian people suffered from economic hardships in the past year due to the regime’s wrong policies, while the regime’s Supreme Leader Ali Khamenei had called 1399 the year of “surge in production, and economic boost.”

In his speech on Saturday, Khamenei acknowledged that the “surge in production, and economic boost,” “did not materialize,” and “the results were not tangible in the general economy of the country and in the people’s economic situation. In other words, the movement was not felt.”

Since the regime has failed in solving people’s problems and increased social and economic crisis, the Iranian society has become restive. Daily protests by all walks of life testify that the regime faces an explosive society.

Thus, the regime’s factional feuding has increased ahead of the upcoming sham presidential elections, with Iranians widely calling for a national boycott, as they did during the sham Parliamentary elections in February 2020.

Thus, Khamenei underlined that “The year 1400 is a sensitive and important, in June, we have important elections ahead that can have a significant impact on the future of the system.”

He then prepared the ground for the elimination of the rival faction, led by Rouhani. “New management will come to power, new ones, God willing, will enter the country’s executive management. Therefore, this election makes this year very important and sensitive,” Khamenei said.

In return, Rouhani sarcastically in his speech on Saturday said: “No one could decide for our nation [as what it wants] but people.”

Indeed, Rouhani admitted to the truth. The Iranian people have already decided that they do not want this regime in their three major uprisings since 2018 by chanting “Death to Khamenei” and “Death to Rouhani.”