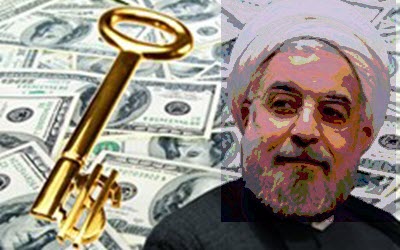 Revolutionary Guards’ Fars news agency has quoted France Press as saying that the Iranian Rial continued its downtrend over the past six months, reaching a new low against the US Dollar.

In the past six months following the nuclear deal, Iranian Rial has depreciated about 17 percent against the US Dollar, reaching 4130 today. This value was 3460 in June, still far from the 3230 at which regime officials have tried to stabilize the exchange rate.

According to a report by Associated Press, the decrease in the value of Iranian Rial has intensified with Donald Trump winning US Presidential Election, since Trump had threatened to rip up the nuclear deal once elected.

A currency dealer in Tehran who requested anonymity, said that the Central Bank used to inject currency into the market to maintain the value of Rial against the US Dollar. But, currency injection has been reduced significantly by the Central Bank over the past few weeks.

A series of intensified sanctions against Iran in 2007 put a lot of pressure on Iranian Rial, decreasing its value against the US Dollar from 1000 to 3500.

Experts believe that the main issue facing currencies is that despite the lifting of the sanctions, the international banks are not willing to return to Iran, which leads to a decrease in the security of trade and investment in Iran.

“Big international banks still don’t want to work with Iran and are also reluctant to deliver Iran’s oil money. These banks don’t want to enter an economy which lacks adequate transparency, worrying about being trapped in US Punitive measures”, added the currency trader.

There is also concerns about an increased inflation rate in the coming months, since importers are under pressure to spend more in consumer and industrial sectors.