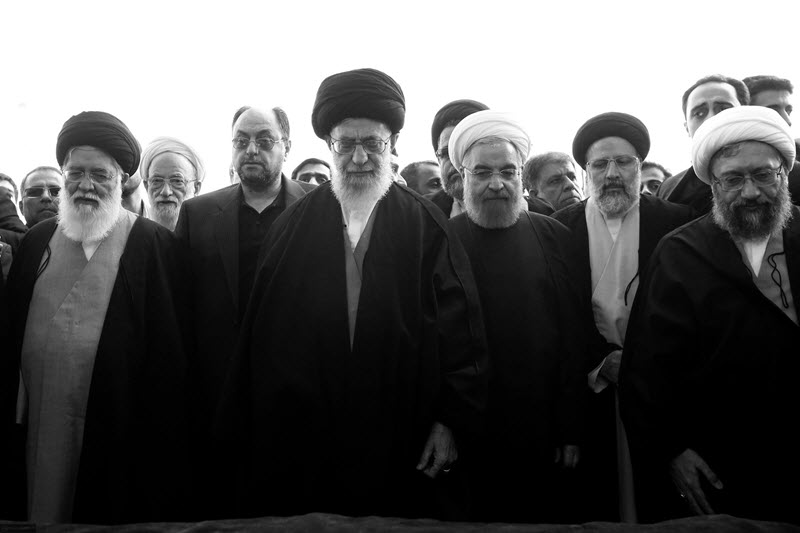 While all the governments under the Iranian regime, including the current one presided by Hassan Rouhani, have been in the business of increasing taxes every year to cover part of government spending, regime’s own entities and affiliated businesses refuse to pay their taxes.

That’s while such businesses and entities make thousands of billions each year and have their grip on the biggest part of Iran’s economy.

According to regime’s Deputy Industry Minister ‘Reza Rahmani’, Rouhani has announced that this year’s tax base will be increased so the tax evaders are identified. (State-run Mehr news agency, April 30, 2018)

Speaking in such a way as if he’s uncovered a huge discovery, Rouhani’s government spokesman ‘Mohammadbagher Nobakht’ meanwhile has spoken of designing a new system so the businesses will no longer be able to move ahead with their tax evasion. (State-run Aftab website, April 30, 2018)

The fact, however, is that it’s quite clear for Rouhani’s government and other tax authorities what entities and businesses are involved in tax violations, without needing to design complicated systems to detect tax evaders’ subtle techniques. After all, how is it that ordinary people can’t use complicated techniques to evade paying their taxes, but ‘four brothers’ who are evidently linked to the regime have managed to run away with 823 billion tomans in tax violations? (State-run Javan newspaper, February 28, 2018)

Revealing the large extent of tax evasion among entities and regime affiliated businesses, former head of regime’s Taxation Affairs Organization ‘Ali Asgari’ refers to a ‘Petrochemical businessman’s 2300 billion-toman tax evasion case’, saying “when we found out about a business person’s 2300 billion-toman account turnover carried out under his wife and children’s names, and decided that it was taxable, the account holder wrote a letter to officials, complaining that the organization wants to cut off the head of the goose that lays golden eggs.”(State-run Alef website, February 1, 2018)

It’s exactly because of such tax evasion cases that regime’s economic expert Hossein Raghfar acknowledges that “involvement of some special entities in economic activities has led to huge disruption in the country’s economy”, adding “such entities both steal public wealth and evade paying their taxes as well, with their tax evasion being the Achilles heel for Iran’s economy.”

Jamshid Pazhouyan, also a regime’s economist, meanwhile points to Iranian society’s highest income earners who “could move ahead with their tax evasion without being detected by the law.” (State-run Tejarat newspaper, April 23, 2018)
The fact, however, is that tax evading entities and business own more than 60 percent of Iran’s economy and the economy’s 30,000 billon tomans in damages is due to their tax violations, while the majority of Iranian people are living below poverty line.

Some of such entities include the Revolutinoary Guards with their so-called Kahtam-al-Anbia Construction Headquarters, Astan Quds Razavi, Mostazafan Foundation, and the headquarters tasked with Execution of Khomeini’s Orders.

These are the same entities “whose involvement in economic activities has hugely disrupted the country’s economy” and “their tax evasion is the Achilles heel for the economy”, according to Hossein Raghfar.

Such entities and business enterprises are not required to respond to anyone but the office of the regime leader Ali Khamenei.

Tax evasion has become so institutionalized within the regime that Ebrahim Raeesi, chairman of Astan Quds — one of the biggest tax evading entities– addresses Hassan Rouhani in a TV debate during regime’s presidential election show in May 2017, saying “the taxation system is discriminating and there’s a widespread tax evasion. The government has to deal with white collars that refuse to pay their taxes.”(State-run Asr-e-Iran website, April 30, 2017)

In 2011, 41 percent of the country’s economy was owned by entities that were exempt from paying taxes, according to Mohammadreza Foroutan, former spokesman for regime’s Economic Developments Taskforce. Today, however, more than 60 percent of Iran’s economy is controlled by different state organs or regime-linked business enterprises that are either exempt from or evade paying taxes.