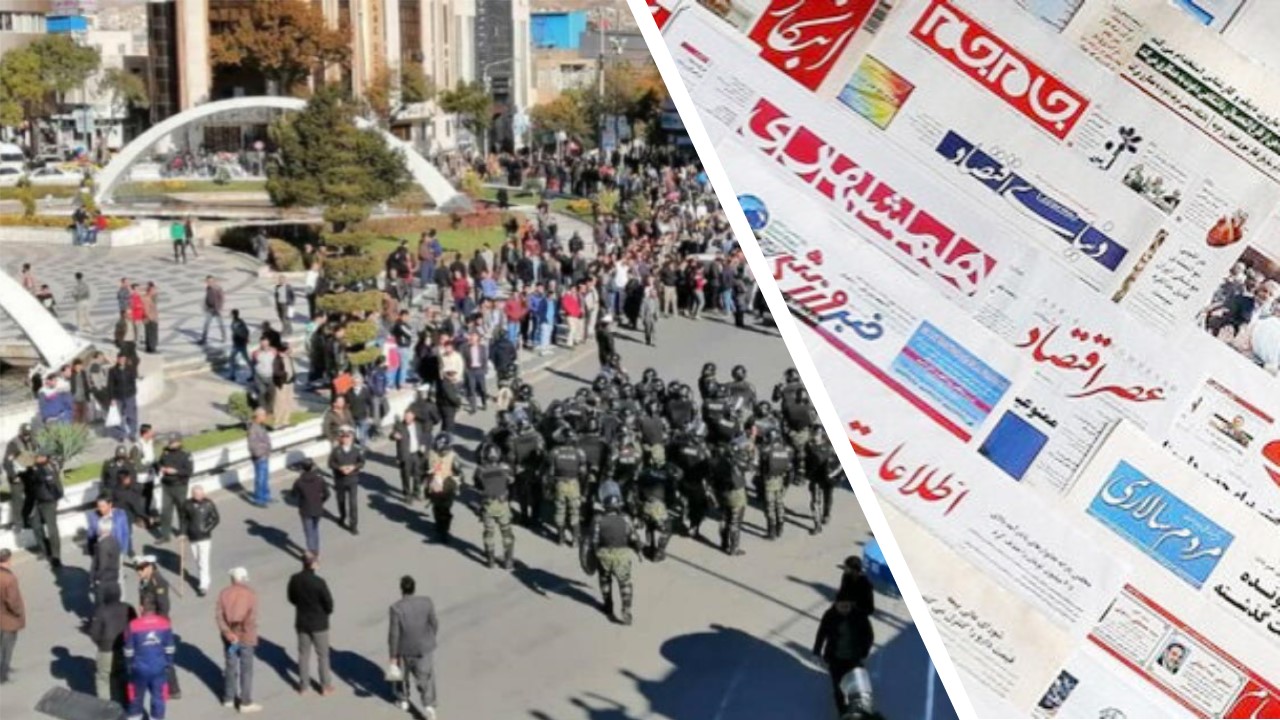 Recently, Iran’s state media have been filled with warnings about people’s reaction to Iran’s exacerbating economic and social woes. Despite their infightings over more share of power, when it comes to their common interest of “preserving the system at any costs,” the state officials and media genuinely issue warnings.

The ongoing protests in Iran by people from all walks of life are the broadest display of a volatile society. Describing the current situation of Iranians as miserable is far from the true catastrophic livelihood they face.

Since becoming the regime’s president in a sham election in 2021, Ebrahim Raisi and his ministers have been making hollow promises and bogus claims about their “achievements.” But they have failed to twist the hard truth or put lipstick on the grim face of poverty in Iran.

“Unlike what government’s supporters claim, official reports and statistics indicate the monthly inflation rate, namely the inflation in June, has been unprecedented since Iran’s occupation in 1941,” the state-run Arman-e Meli daily acknowledged on September 8, quoting Farsham Momeni, an Iranian economist.

According to Momeni, “some commodities’ prices increased by 100%. The cooking oil increased by 332%, tomato paste by 129%, and cheese by 126%. When prices of consumer goods increase by 300%, how on earth could officials brag about raising salaries by 57%?”

“Even if we ignore the catastrophic situation in June, how could people forget about the government’s budget increasing by 430% since 2018? Meanwhile, according to the Statistics Center, the prices of consumer goods have increased by 400% in the same period.”

Tehran’s pundits and apologists use every inch of the Western political ground to blame sanctions as the main reason for all the miseries in Iran under the ruling theocracy. Yet, it seems they failed to double-check their talking points with their colleagues in Tehran, who debunk this claim.

“We faced significant problems even before sanctions. These issues remain unresolved and have amplified with new problems added. Some institutions in the country play a major role in damaging the private section and increasing the inflation rate. Their actions severely impact the middle class,” the state-run Arman-e Meli daily wrote on September 6.

“The economic rules governing our country have been established for the benefit of a minority, not the entire society. We should expect any change unless we disrupt this cycle,” the state-run Sharq daily acknowledged on September 7.

“As long as the government tries to make a great deal of fanfare about resolving issues but cover them up instead and erase the question, the situation stays the same,” the state-run Etemad daily mocked Raisi’s recent bogus claims of economic victory in its article on September 8.

Unlike his predecessors, Raisi cannot undermine or ignore Iran’s economic crunch and its consequences for the regime. So it has been making promises and issuing ridiculous orders like “eradication of poverty in two weeks” or order to block the prices of consumer goods.

“Sadly, the economy doesn’t take orders. Orders might be effective in the early years after the revolution, but they are futile nowadays after four decades,” the state-run Etemad daily wrote on September 7.

The endless tale of warnings by Iran’s state media is a testament to the volatile situation in Iran.  “Three of four Iranians participate in protests,” the regime’s Supreme National Defense University warned regime officials in a recent study on national security. In other words, another popular uprising is looming, confirming that installing Raisi, an unscrupulous mass murderer, as president wouldn’t help the regime’s supreme leader Ali Khamenei to preserve the ruling theocracy.

So, how could Raisi manage Iran’s economic crisis or save the regime in the face of the rising popular protests?

Previous article
Are Western Powers Finally Reaching the Limit of Patience With Iran’s Nuclear Strategy?
Next article
NCRI Conference in Paris: Stop Offering Impunity for Terrorism and Crimes Against Humanity in Iran