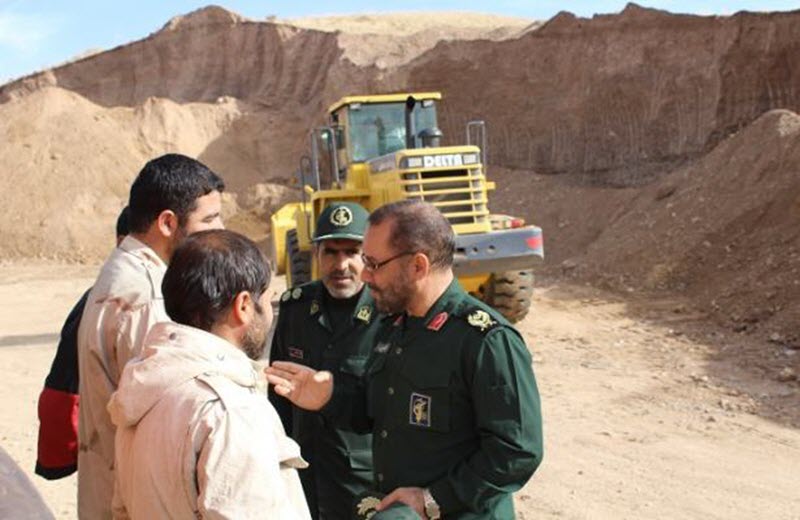 The presence of semi-public companies (i.e., those depending on the police, army, and defence ministry) in road construction projects, is rapidly increasing by the day.

On Monday 30th June, the state-run news ILNA reported of the negative influence of the Revolutionary Guards and Quds Force, in these projects.

According to the Deputy of Freeway Investments Khodayar Khashe, there are nearly 300 private companies within the field of road construction; 90% of which he believes have lost their jobs due to the ongoing interferences of the Revolutionary Guards and Quds.

According to Khashe, majority of Bids are offered in favour of the Revolutionary Guards, Quds Force, Police, or Defence Ministry: “These companies (those affiliating with the mentioned organisations above) are always beating the private sectors because they know that no amount of price increase or currency change will impact them in the long run; which gives them the courage to take more risks in business”. Which is why Khashe disagrees with assigning the construction projects to these companies.

He continues: “No improvements can be made for the private sectors; on the contrary, semi-public ones don’t need much improvement at all, because they’re brave enough to offer lower prices and thereby, win the Bids every time”.

Khashe also blames the construction politics of Rouhani’s government, with an emphasis on the neglect of authorities; he believes that the government could’ve done a lot more if it really wanted to, but that has been far from the case.

According to the associated statistics, the number of “deaths due to road accidents” has unfortunately gone up yet again.