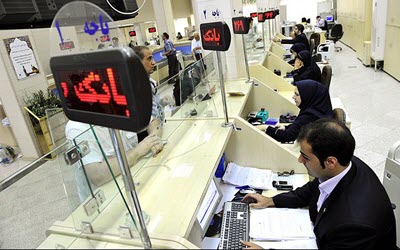 NCRI – Non-governmental banks and credit unions in Iran have seen their debts to the Central Bank increase in the past 10 months by $5.7 billion.

Numbers published on banks’ debts in the period of January 2017 show the debts of non-government banks and credit unions to Iran’s Central Bank have increased by 173.7% and reached $8.9 billion.

The debt owed by state and specialized banks from March 2016 to January 2017 reached $1.03 billion. Considering the rising debts, banks in Iran are in deteriorating conditions.

The Tehran Stock Market witnessed Mellat Bank shares lose 45% of their value on Wednesday. There is also a possibility of Sarmaye Bank going bankrupt.