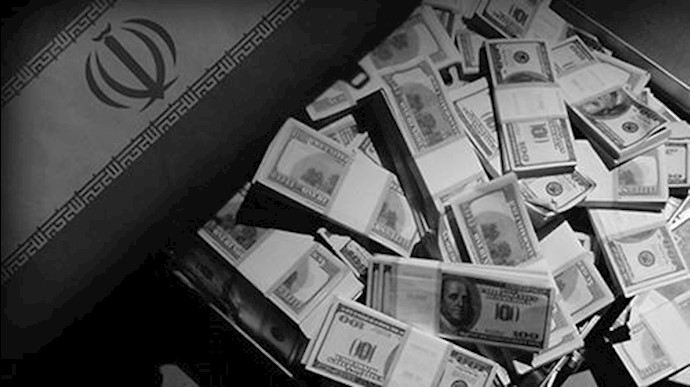 The United States imposed sanctions on 18 banks of the Iranian regime on Thursday. In response, the regime’s president, Hassan Rouhani, and many of the regime’s apologists speak of economic pressure on the Iranian people. But who suffers from sanctions: the people of Iran or the mullahs’ terrorist regime?

The regime has deprived the Iranian people of their basic rights. The mullahs’ institutionalized corruption and plundering of the national wealth have pushed the Iranian people more into the swamp of poverty. The regime, however, tries to blame sanctions for Iran’s economic problems. The Iranian people’s uprising, which started due to the social and economic problems, was the direct result of the regime’s wrong economic policies.
The contradictory respond of the Rouhani to the sanctions was his recent claim that the country’s economy is doing even better than Germany.

The coronavirus outbreak in Iran and the regime’s mismanagement

The COVID-19 outbreak in Iran has nearly taken the lives of 120,000 people. The rising number is due to the regime’s deliberate inaction and cover-up. The mullahs concealed the existence of this virus in Iran for months. And when they declared it, the regime’s officials, particularly Rouhani, started downplaying this crisis. Furthermore, the regime refused to issue a national quarantine, unlike other countries. And when the regime started this already late quarantine, it refused to financially back people, because the mullahs were busy producing missiles and funding their terrorists proxy groups. Fearing a looming uprising by millions of starving people, the regime forced people back to work and reopened the economy and schools, which caused a rapid rise of the COVID-19 casualties.

The regime’s Supreme Leader ordered that around $1 billion of Iran’s National Reserve Money be allocated for combatting the coronavirus. But the regime’s Health Minister, Saied Namaki, recently said that they have not received this money.

In this regard, the state-run Arman daily wrote: “The health minister sarcastically announced that out of the $1 billion allocated for combatting the coronavirus (which was actually €1 billion), only 27% was paid to the Ministry of Health, with the third wave of the coronavirus outbreak putting the whole country in red and some provinces like Qom in black, this money is not enough.”

The mullahs’ regime due to their warmongering policies, have been misusing the national wealth for exporting terrorism, proliferation of weapons of mass destruction and expanding their nuclear program.

While the Iranian people are grappling with poverty and the COVID-19 outbreak, the mullahs’ regime unveiled two ballistic missiles on August 20. Rouhani, who has been blaming the sanctions for all the crises in Iran, hailed the production of these two missiles. “Cruise missiles are of especial importance to us. Today we must mobilize all our powers to build cruise missiles. A cruise missile has many advantages and can disguise itself, take a safe route, and hit the target more accurately,” he said on August 20. In addition, in July, the Revolutionary Guards (IRGC) tested new ballistic missiles during their naval maneuver.

In addition to building missiles, the regime continues its nuclear program, which is not a necessity for the Iranian people given the country’s rich natural resources. If the regime desperately needs money to help people, why does it spend billions of dollars on producing missiles or continuing its nuclear program? The regime is founded on the export of terrorism and chaos abroad. Thus, for the mullahs’ regime, obtaining a nuclear bomb, funding terrorism and proliferating weapons of mass destruction are always the priority vis-à-vis the people’s wellbeing.

The state-run Hamshahri daily on September 24 acknowledged how the mullahs prioritize export of terrorism in the region, which they call their “strategic depth,” over people’s wellbeing.

“They [regime’s officials] know everything, but their sensitivity about what threatens the system is far more than their sensitivity over what endangers people’s lives and belongings. They know what is happening, but since preserving the system’s security is very clear for officials, they not only increase the country’s military power but to defend the system, they identify the ‘strategic depth,’ and take necessary steps [to preserve it],” read the article.

“The question is if this strategic depth had no effects in preserving the system’s security and its survival, and instead had some benefits for the people, would [the regime’s officials] have tried for its creation? It is fair to say no. No, they would not have paid such a huge cost for its creation and its heavy economic consequences due to the enemies’ pressures. So, if they [regime’s officials] had not created this strategic depth, fewer students would drop out of school because of poverty. Fewer patients would now be in the queues to buy medicine. Single or married women would be less likely to turn to prostitution because of poverty, and fewer heads of households would wish to commit suicide because of their inability to feed their children,” the article continued. 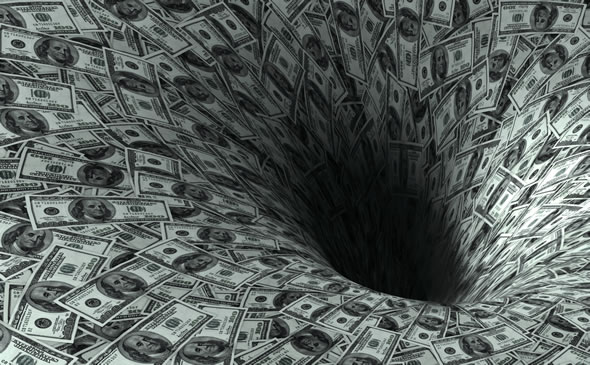 The regime’s institutionalized corruption is why not even a single dollar given to this regime will be used for the people. In this regard, the official ILNA news agency reported on November 29, 2018: “$30 billion has been lost in the banking network in the last 10 months.” “The state-run Sharq daily on May 2, 2020, reported that Mohammad Javad Zarif, the regime’s foreign minister, said: “We had to give $35 billion to some individuals. But it is not clear how they wasted this money and where they took it.”

These huge amounts of money have been either lost in the regime’s blackhole of corruption or spent on terrorism.

In this regard, Heshmatollah Falahatpisheh, a former Member of Parliament, on May 20 said: “When I went to Syria, some complained that I had caused expenses, but I will say this again: We may have given $20-30 billion to Syria. The money of our people was spent there.”

Sanctions or economic mismanagement, which one to blame?

The real problem with Iran’s economy is the corruption and regime’s wrong economic policies. In this regard, the state-run Hamdeli daily on October 3 wrote: “‘The exchange market front’ has collapsed. The ‘enemy,’ inflation, is advancing on the housing and the necessities of the people ‘fronts.’” The article continues: “Is the current economic situation the result of sanctions only, or is it the result of incorrect economic and political policies of a group of policymakers, legislators, and planners?” The Setare-Sobh daily completed this by saying: “The country’s current poor economic situation is not the result of the actions of one government and one person, but 40 years of wrong policies and ill-considered decisions have put the country in an economic crisis.”

Giving mullahs money or providing them with incentive packages will only help them to increase their terrorist activities and oppression of the Iranian people. Hossain Raghfar, one of the regime’s economists, in April 2020 said: “While $20 billion disappeared from the country during a major corruption scandal, today we ask the World Bank to give us $5 billion. Yet, no one is accountable for this.”

Therefore, as Mrs. Maryam Rajavi, the Iranian opposition leader, has repeatedly said: “So long as the clerical regime in Iran has not been overthrown, it will not let up on executions and torture. Nor will it let up on misogyny, religious discrimination, terrorism, and warmongering.”

So long as the clerical regime in #Iran has not been overthrown, it will not let up on executions and torture. Nor will it let up on misogyny, religious discrimination, terrorism and warmongering #FreeIran2020 #NoImpunity4Mullahs pic.twitter.com/WnxpRemRec

Iran’s economy is controlled by state mafias, and the mullahs are holding people’s lives in their claws. Therefore, it is imperative to impose sanctions on the Iranian regime which uses money for its illicit activities rather than helping the people.