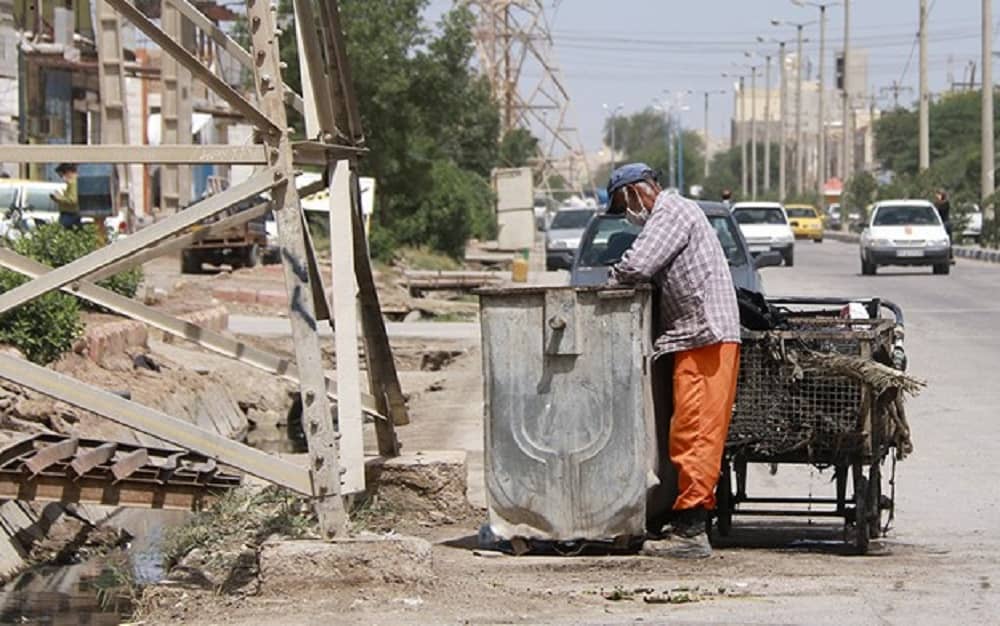 After decades of the mullahs’ institutionalized corruption, Iran’s economy is experiencing its worst situation. While All economic indicators underline that the regime has no solutions for Iran’s economic crises, the regime’s new president Ebrahim Raisi bogusly claims he will resolve economic issues.

There are daily protests by workers who are unable to make their ends meet. While referring to these protests, Etemad daily on Saturday wrote: “The retirement funds are on the verge of collapse, with trillions of dollars worth of uncleared debts.  Due to the emptiness of the treasury, the country’s welfare organization cannot provide adequate services to its target population.”

“The result of these problems are long queues of people, in offices of the Imam Khomeini’s Relief Committee, waiting to become beneficiaries of this institutions,” Etemad daily adds.

“Estimates show that on average between 2001 to 2019, about 33% of the country’s population moved below the multidimensional poverty line and the poverty line has increased from 950 thousand tomans in 2011 to 10 million tomans in 2020,” Eteamd daily wrote, quoting a report by Khomeini Relief Committee.

“Declining economic growth, rising inflation along with a significant decline in per capita income have led to rising poverty rates in recent years. Today, poverty has a broader meaning than material poverty, including lack of access to safe water, nutrition, health services, education, clothing and shelter, social insurance, and employment. Poverty can be defined in at least four dimensions: lack of economic, cultural, and social capital,” Etemad daily acknowledges.

Meanwhile, the state-run Setar-e Sobh on August 29 quoted an economist saying, “In a nutshell, all these problems are because of the [decisions by the] government and higher officials [Supreme Leader Ali Khamenei] who determine the course of the economy. The increasing dollar exchange rate, the increasing profits of private enterprises, and the bubble growth of the stock market are what they want. By these actions, they plunder more and more people.”

The so-called private companies or institutions such as Imam Khomeini’s Relief Committee are linked to Khamenei or Revolutionary Guards (IRGC).

In other words, Raisi, who is Khamenei’s handpicked president, would never resolve Iran’s economic problems since his master and the IRGC create these problems. Even he wants to resolve current economic crises, what actions would he take?

Thus, the state media mocked his order of controlling inflation on Monday, August 30.

“When the Central Bank’s Chief has not been appointed yet, how do they order inflation to be controlled and the value of the national currency to be strengthened? The official is not present at all in a situation where the dollar forex rate is rising daily, and the value of the national currency is declining. On Monday, these orders are heard from governments but seem to have no executive guarantee,” wrote the state-run Aftab-e Yazd.

While lashing Raisi’s recent decision to withdraw money from Iran’s resources for so-called projects, Jahan-e Sanat daily wrote on Monday: “Do the problems of Iran’s economy, big or small, allow the government to make such withdrawals? Are the country’s officials willing to spend 50% of their monthly salary on such issues? Are the children of these officials and government ministers who raise such issues willing to live under the burden of staggering costs such as housing and food and have no prospects for the future of themselves and their children?”

While factional feuds for achieving the lion share of Iran’s resources and wealth increase, state media of both factions warn that the ongoing economic crises increase people’s hatred toward the regime. And this would have irreparable consequences for the regime.

“In a society that has no hope for the future, despair is certainly a deadly blow that can affect various issues in society,” Etemad daily warned on Saturday.

Previous articleIran: Mohammad Eslami, The New Head Of The Regime’s Atomic Energy Organization Was The Principal Liaison With Abdul Qadeer Khan To Acquire Knowledge Of The Atomic Bomb
Next articleTestimonials About Iran’s 1988 Massacre Highlight Destructive Effects of Impunity