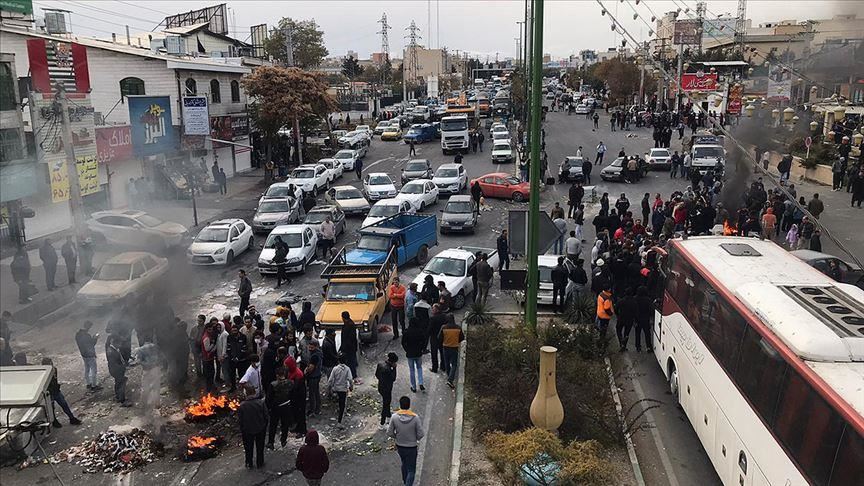 A glance at a joint letter by 61 state-affiliated economists

In a joint letter, 61 Iranian economists and university lecturers across the country wrote an open letter to the people of Iran. While counting the hollow promises by the regime’s president Ebrahim Raisi about economic reform, they acknowledged some parts of Iran’s economic crisis and warned the regime about its consequences. The signatories of this letter are all linked to the regime and wholeheartedly try to preserve it. Despite portraying only a small portion of reality, they warn officials that society is on the verge of an explosion, and they see “people’s confrontation” with the regime on the “horizon.”

First, they mock the bogus claims of Raisi and his ministers as follows:

“They (Raisi’s administration) proclaimed they have a 7000-paged reform plan, backed by dozens of research centers and universities, to address critical issues such as inflation, unemployment, and the shut down of businesses. They claimed they would realize 5% economic growth, create one million jobs and housing units a year, reduce the unemployment rate, and eradicate absolute poverty. They said the 50% inflation would reduce and become a one-digit figure soon. Iran’s non-oil exports will jump from $35 billion in 2021 to $70 billion in 2025, and the country’s currency needs will be fulfilled using the revenue of non-oil exports.”

But the grim face of reality showed itself after a year and these scholars addressed the facts as below:

“The trend of social unrest and public concern about the livelihood and sustainability of their businesses has reached an explosive stage. The reforms eliminated the preferential exchange rate of 42,000 rials for a dollar, impacting the prices of dairy products, animal feed, poultry farming, eggs, vegetable oil, and some medical products and medicine. Prior to this, the subsidies and the preferential rate allocated to import flour, the prices of bread, pasta, and cakes skyrocketed. The government and the parliament removed the preferential rate allocated to consumer goods. At the same time, there are billions of dollars of unnecessary expenses in the budget, and their permanent or temporary removal wouldn’t affect the government’s goals as well as people’s livelihood. We warn officials about the country’s fragile situation. Their insistence on removing subsidies in this miserable time would cause people’s patience to run thinner, putting them against us.”

The state-affiliated economists acknowledge some damning facts about Iran’s financial calamity. Although their numbers are engineered and far behind the real catastrophe, they portray Iran’s economic crises and the regime’s role in creating them:

“The latest survey about corruption ranks Iran 150 out of 180 countries in terms of corruption and 127 out of about 200 countries in the good cooperation index. The index of social trust, which represented social capital and increased to about 70% in 1981 after the victory of the 1979 Revolution, has dropped to a very worrying level of about 20% in recent years. The marriage-to-divorce ratio has fallen from 14 at the beginning of the 1979 Revolution to about three.

Since the beginning of the 1979 Revolution, the country has earned more than $ 1.3 trillion from oil exports. But the average GDP growth of Iran from 1980 to 2018 was about 1.6 percent. Meanwhile, the average growth of China, India, Turkey, Malaysia, UAE, and Pakistan in the same period was between 4 and 10. As a result of low economic growth, Iran’s share in the world economy in the same period has halved and has decreased from one percent to about 0.5 percent.

From 2011 to 2018, Iran was one of the most unequal societies in the Middle East, one of the world’s most unequal regions. During the same years, on average, one percent of the population of Iran, composed of the wealthiest strata of society, had 16.3% of Iran’s total income. This wealth is equivalent to the share of 40% of the most deprived sections of society. In the last decade, with nearly zero economic growth rate and population growth of about 13%, an average Iranian family has become 13% poorer. Although the legal minimum wage has increased by 57% for 2022, the same salary, which does not account for a large proportion of the informal workforce, is $1.57 for a family of three, which is less than the $2 per day considered as the global poverty line.  The rising exchange rate and inflation spiral have put the country at risk of rampant and triple-digit inflation.”

In the end, the state-affiliated academics acknowledged the source of the problem while concluding:

“Our economic and social crises, such as the destruction and deterioration of the environment, institutionalized corruption, demolition of social capital, massive brain drains, budget deficit, and even sanction, are generally due to the state’s weak governing and ignoring scientific foundations of public policy.”