Iran’s Regime Spends $600 Million To Expand Its Influence in Iraq, While Children Commit Suicide Out of Poverty 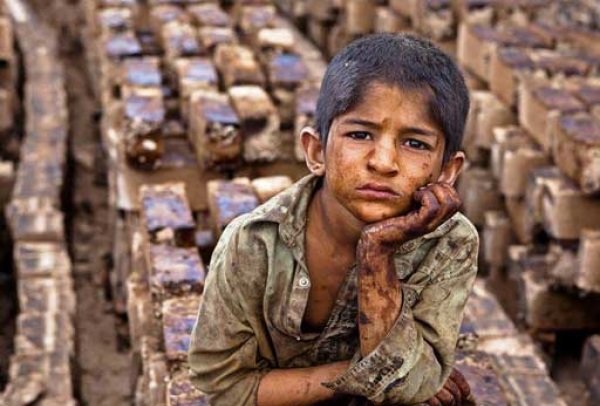 While children and teenagers commit suicide in Iran out of poverty, the mullahs’ regime continues spending the nation’s wealth on its foreign adventurism.

Reuters revealed on December 2 that the mullahs’ regime will spend $600 million to expand the holy shrine of Imam Hussain, the third Shi’ite Imam in Karbala, Iraq.

“Hassan Pelarak, a top officer in the Revolutionary Guards’ elite Quds Force, had recently been sanctioned by the U.S. for weapons smuggling. He was checking in on a construction project led by a firm he owns together with other Revolutionary Guards (IRGC), a foundation linked to Iran’s Supreme Leader. This foundation too is under U.S. sanctions. The vast, $600 million expansion at the Imam Hussein shrine, which is revered as the place of martyrdom of the Prophet Mohammed’s grandson, will swell the capacity of what is already the world’s largest annual pilgrimage, dwarfing the Hajj to Saudi Arabia’s Mecca. It is the biggest development at the shrine in 300 years,” Reuters wrote.

The regime has been using religious sentiments and symbols to export terrorism. In this regard, Reuters wrote: “The examination reveals how Iran’s close involvement in religious tourism is bringing Tehran soft power and cementing a presence in Iraqi religious centres that are the nexus of Shi’ite regional influence. Control of shrine development also deepens trade ties and is a target of potential economic opportunity for Iran: Religious tourism is worth billions of dollars a year in Iraq, the second-largest earner of revenue for the country after the oil sector.”

The National Council of Resistance of Iran (NCRI), in an exclusive report in October 2019, exposed the role of the “Holy Shrines’ Reconstruction Headquarters” in plundering Iran’s national wealth.

“The Islamic Revolutionary Guards Corps (IRGC) has institutionalized its presence in Iraq through the ‘Holy Shrines’ Reconstruction Headquarters,’ which ostensibly works to reconstruct the shrines of historical Shiite leaders in Iran, Iraq and Syria. The most important such shrines in Iraq are particularly exploited by the organization during the important religious ceremonies of ‘Ashura’ and ‘Arbaeen.’ The Reconstruction Headquarters is one of many cover organizations that are used to advance the IRGC Quds Force’s objective in Iraq and elsewhere,” the NCRI’s report reads.

“The Holy Shrines’ reconstruction Headquarters has been a cover and pretext for the widespread presence of the Quds Force in Iraq, operating on plans of the IRGC since 2001, right after the fall of the previous Iraqi government. Within the last 16 years, under this pretext, the terrorist Quds Force has been able to import weapons and bombs into Iraq and transfer forces between Iran and Iraq. As Qassem Soleimani ordered Hassan Pelarak, the IRGC, under the pretext of economic activities of the Headquarters, uses Iraq to circumvent international sanctions against the regime,” the NCRI revealed.

News from Iran indicates that Hassan Rouhani’s government, to propagate Qassem Soleimani, the eliminated commander of the IRGC Quds Force, allocated 8.5 billion tomans, or $334,000 in next year’s budget bill to a foundation run by his daughter, Zeinab Soleimani.

Since its foundation last year, the names of the founders, the text of the articles of association, and its goals have not been published in a clear and detailed manner.

Tragic news from Iran indicates that dozens of Iranian children, mostly school students, have committed suicide for not being able to afford a tablet or smartphone to attend online classes during the pandemic.

The governor of Khuzestan province, an oil-rich province in southwest Iran, confirmed that six students have committed suicide within the last year.

In a similar case, Parastoo Jalili Azar, 13, committed suicide in Talatappeh village near Urmia in West Azerbaijan Province, northwestern Iran. Her poor family could not afford to buy her a smartphone to continue her studies. Prior to Parastoo, Mohammad Mousavizadeh, an 11-year-old student, hanged himself in the southwestern city of Bushehr on October 10 for not having a smartphone or tablet to participate in classes.

While the regime spends $600 million to expand the holy shrine of Imam Hussain in Iraq or gives $334,000 to Soleimani’s foundation, Iranian children cannot afford to buy a tablet or smartphone, which can be purchased for $144.

Yet, for the mullahs’ regime, export of terrorism is far more urgent than helping the Iranian people, who are grappling with poverty and the Covid-19 crisis.

As Mrs. Maryam Rajavi, the NCRI’s president-elect, has said: “The only way to end poverty, corruption, unemployment, and disease is overthrowing the clerical regime and establishing democracy and people’s sovereignty in Iran.”

The only way to end poverty, corruption, unemployment and disease, is overthrowing the clerical regime and establishing democracy and people’s sovereignty in #Iran. #FreeIran pic.twitter.com/eUtaL6fylx

Previous articleIran News in Brief – December 4, 2020
Next articleIran: Targeting the Regime’s Judiciary in Tehran, Responsible for Torture and Imprisonment