All stock markets across the globe have plunged due to the novel coronavirus, from the Dow Jones to S&P 500, the London Stock Exchange, the Far East, and Arab countries; almost every country.

The Iranian government has launched a lot of hype about the stock market, saying the situation is better than anywhere else in the world. Iranian President Hassan Rouhani also rudely stated that the rest of the world seems to be unable to manage the stock market.

The peak sales of stocks in recent months were from early March onwards. The sale of 70 trillion rials1 of shares of social security investment companies, or Shasta, to two million people in the form of eight billion shares, which reached 3,600 shares for each stock exchange code, or each buyer. These shares are ten percent of Shasta’s capital.

Shasta is a large holding company with middle holdings that owns 187 large companies and 44,000 workforces.

Shasta belongs to retired and people insured by the Social Security Organization. All the while, board members and CEOs are appointed by the Minister of Cooperatives, Labor and Social Affairs, or in other words, by the government.

Rouhani’s government owes Shasta more than 2.5 quadrillion rials. Shasta belongs to the millions of workers and wage earners who pay premiums and has nothing to do with the government. However, the Iranian regime has always encroached this fund.

“We want to take Shasta from the darkroom to the Glass Hall,“ said Mohammad Shariatmadari, the regime’s Minister of Cooperatives, Labor and Social Welfare. Yet he fails to explain how much damage has been inflicted on people’s property in this darkness, and how much of the people’s capital has been looted.

But why has the Iranian regime launched this amount of propaganda regarding to the stock market?

As a result, now that the Iranian regime has a budget deficit, it wants to defraud the people of their small assets through propaganda and brouhaha, and hand over the people’s assets to the mafia gangs of power and wealth.

“The shares of these seven companies are dangerous. Seven petrochemical projects that have not been built at all and are traded on the stock market and have remarkable growth. Mamasani Petrochemical, Darab, Fasa, Jahrom, Dehdasht, Kazerun, and Petrochemical, which is going to be built in Golestan,” said Shokouhi, a scientific council member at the University of Petroleum Industry. 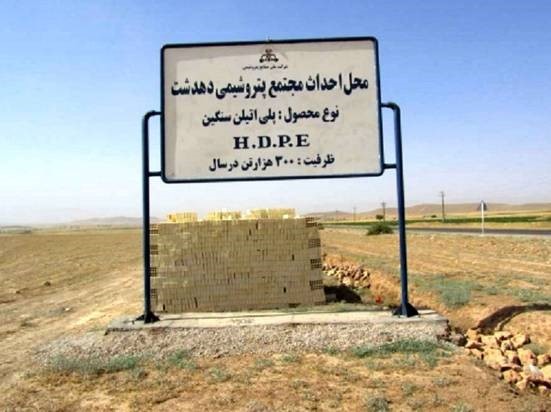 One of these companies is Dehdasht Petrochemical, which has witnessed four percent growth in just 12 years after its launch. It’s just empty land with some brick walls. The company is on the stock exchange and its shares have risen from 1,000 to 7,230 rials. That is a seven-fold increase. What happened when the stocks of this barren land grew so much?

This petrochemical firm only exists on paper. Its shares, however, are trading at 2,800 rials. All the while, 280 billion rials of Golestan residents’ money has so far been invested in this paper project. 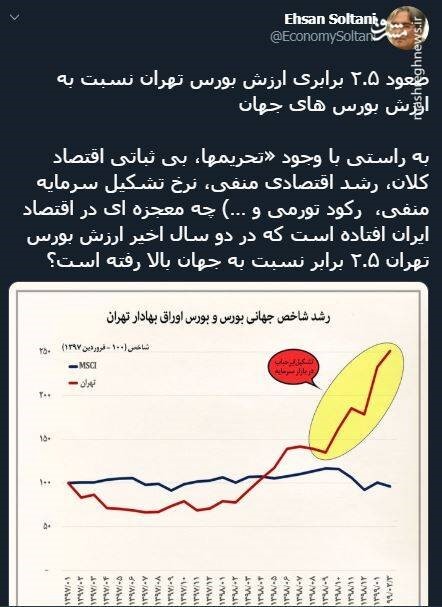 Darab Petrochemical has a similar situation. The company witnessed no significant growth after ten years despite investing 100 billion rials. Why did they decide to launch this project in a deserted area? There are rumors about transferring this project to Asaluyeh in southern Iran. At present, each share of “Darab” in the capital market is worth 2,360 rials. 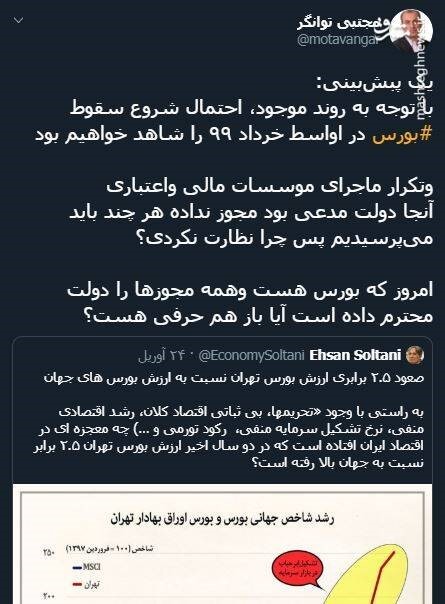 Shares of some bankrupt companies have quadrupled.

In addition to Shasta, Rouhani’s government plans to list some state-owned companies, including IMIDRO, or the Iranian Mines & Mining Industries Development & Renovation or IMIDRO, Mobarakeh Steel and Sarcheshmeh Copper.

Let’s take a look at the economic situation of the Iranian regime:

The IMF has forecast inflation in Iran at 37.5 percent for 2019, but the World Bank’s assessment is more pessimistic, predicting an inflation rate of 38.3 percent in Iran.

The IMF says inflation in Iran is the highest in the world after Venezuela and Sudan.

Then how can the stock market grow with such a failing economy?

“The stock market may nosedive in mid-June,“ said Mojtaba Tavangar, a newly selected member of the Iranian regime’s Majlis (parliament). He reminded the story of financial and credit institutions and what happened to the people.

“The ascent of 2.5 times the value of the Tehran Stock Exchange compared to world stock exchanges,” Iranian economic expert Ehsan Soltani wrote on Twitter on April 30.

Indeed, despite the sanctions, macroeconomic instability, negative economic growth, negative capital formation rates, stagflation, etc., what miracle has happened in Iran’s economy that the Tehran Stock Exchange has risen by 250 percent compared to the rest of the world?

“From early 2016 the stock market has grown by 240%, meaning 240% added devaluation of the rial (Iran’s currency), while 45% of the actual growth of early to the end of 2019 can be explained by the investment and increased productivity of listed companies,” said economist Pouya Nazeran. “It is difficult to describe 240 percent actual growth considering the economic circumstances of the past few years, the nosediving oil prices and the devaluation of petrochemical products around the world.”

According to experts, the Iranian regime has created a bubble with propaganda and fuss due to its terrible budget deficit, and this imaginary growth is a bubble and inflation to obtain as much small capital from the people as possible.

It has pursued this policy in recent years and squandered the people’s money. People are still looking for their property, which has been stolen by the regime’s financial looters. We will not forget how the regime’s press and television advertised these institutions with profits that encouraged everyone to take advantage of and preserve their capital.

Another example was the gold coin, currency, and housing markets. For example, in 2018, by creating excitement in the market, the price of the U.S. dollar was raised to 200,000 rials and the gold coin price was raised to 60 million rials. After slowly declining the price of the dollar, the regime executed two low-level agents active in the coin market to put the matter to rest.

On the other hand, by auctioning off state-owned companies and selling them at a bargain price, Rouhani’s government is transferring public ownership to mafia gangs of power and wealth. Like what happened with the Haft Tappeh Sugar Company, selling a $230 million company to a young Revolutionary Guards (IRGC) member for a mere $2 million in installments.

Economic experts in the Iranian regime see the stock market situation as a bubble, as it is not due to a natural increase in production but because of offering the ownership of public property. This bubble will burst shortly, revealing its anti-economic nature.

The United States imposed sanctions on 18 banks of the Iranian regime on Thursday. In response, the regime’s president, Hassan Rouhani, and many of...
Read more
Search