Paper Crisis and Bankruptcy of Newspapers in Iran 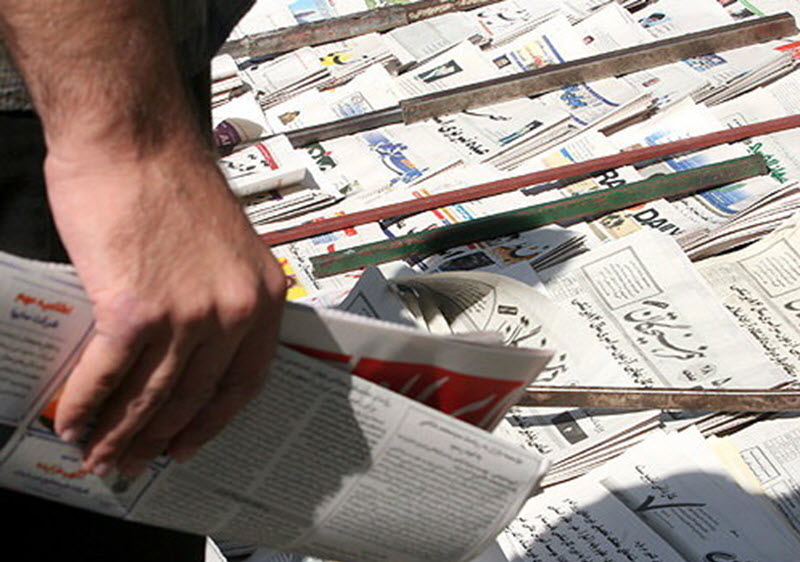 The heads of Iran’s newspaper are unhappy with the expensiveness and the consequent lack of paper in Iran; they warn that the newspapers will either have to have their page numbers reduced, or even worse, shut down entirely. Because within just two months, the price of paper has gone up by 4000 Toman per kilo.

Many news outlets, particularly those not run by the state, are now on the verge of a breakdown; for instance, “Hambastegi” has had to shut down due to financial problems; “Hamshahri” and “Sazandegi” have had to remove 8 pages from their publications due to the ongoing economic issues; “Sharq” has had to close down altogether; and “Haft-e-Sobh” has had to increase its prices to make up for the high costs.

These days, it’s very rare to find papers that match the national currency, in Iran’s markets. Non-governmental media outlets are all at a crossroad: to cease their publications, or, to increase their prices; with the difficult circumstances revolving around paper on one hand, and the lack of trust in its management on the other, most outlets are opting for the first option (i.e., to close-down).

Given these numbers, “Kar-o-Karegar” has also been unable to publish anything on Wednesday July, 25. Esrafil Ebadati, the managing director of this newspaper states: “We haven’t been able to find any newspapers in the market, over the past two days. Even the outlets that do have some paper in stock, have decided to store them away for now. Moreover, the companies that we often purchase our papers from with national currency, no longer provide anyone with 1 kilo of paper”.

The managing director of “Sharq”, Mehdi Rahmanian, believes that the problem stems from corruption: “A limited number of people have been provided with national currency for the import of paper; but they either don’t import any at all, or, they do but sell them for higher prices. With such corruption and no monitoring in place, issues like this exist not just on the subject of paper but many other areas as well”.

Mansour Mozafari, director of “Afrab-e-Yazd” blames the government as well as a corrupted system behind most news outlets: “Unfortunately, our currencies of 4200 and 3800 Toman are circulated in the hands of corrupt brokers who import a whole bunch of papers only to store them away in unknown places, which stops us from publishing our material. This, among other issues, mainly stem from the Ministry of Culture and Islamic Guidance which spends the national budget on many unknown expenses”.

Mozafari believes that the persistence of the situation will bring about the close-down of many newspapers, besides those handled by the corrupt dealers: “Outlets that are independent, effective, and for people, will not be able to survive this year; the only ones that will, are those handled by advertising brokers who continue to rip people off with the support of the Ministry of Culture and Islamic Guidance”.

According to “Mehr” news, the director of “Kar-o-Karegar” believes that: “The paper crisis has been created because the government gives away its currency to all kinds of buyers with no proper thinking or plan”.

Rahmanian (i.e., managing director of ‘Sharq”) emphasises on paper being an essential product for the market, and reminds us that the government is well-aware of the amounts needed for the news agencies, hence, can easily provide for them if it really wants to. He predicts that with government’s negligence of non-governmental newspapers, only 4-5 will survive this crisis: “We are heading towards an early end to our newspapers in this country, especially the independent ones”.